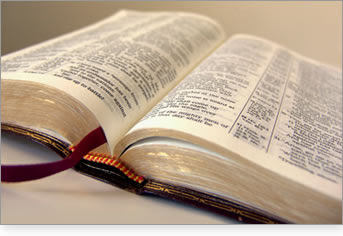 Introduction:
Yesterday we began exploring the eight General Epistles of the New Testament. The goal is to not be detailed but very brief in order to increase interest in this somewhat neglected part of the New Testament. Now why are Hebrews, James, 1 & 2 Peter, 1,2,3 John and Jude deemed the "General Epistles"? As noted yesterday, unlike Paul's Epistles, which are written to specific churches or unlike John's seven letters to the seven churches in Revelation, these 8 epistles are written to "general" groups of Christians spread over a wide area. Another pattern we noted about this collection of epistles or letters is that they are authored by all the headlining apostles: John, Peter and Paul (if we take him as author of Hebrews).1

A further interesting pattern about these 8 books of the Bible is that two of them (James and Jude) were composed by two of Jesus' half-brothers according to the flesh. We considered the first two (Hebrews and James) in yesterday's post. Today we will round out this short survey of the General Epistles by considering the remaining six of the eight general epistles, their key points and verses and then close with a final exhortation to explore them further.

Epistle of 1 Peter
Peter the Apostle and one of the original twelve disciples dictated this letter through Silvanus (1 Peter 5:12) under the inspiration of the Holy Spirit. Peter's intentions was to encourage his readers to stand firm in the grace of God. (1 Peter 5:12)

Epistle of 2 Peter
If Peter's first epistle was all about standing firm in God's grace, then his 2nd letter is concerned about growing in God's grace, with 2 Peter 3:18 being the chief verse. Peter most likely directly composed this Epistle without the aid of a secretary (called in the Greek world an amanuensis). Peter's goal in his second letter is to warn his readers to be prepared for and to live in light of Jesus' return.

Epistle of 1 John
The Apostle John composed this letter and the two others bearing his name. John's purpose was to write a letter that encouraged new believers on matters about their faith and urged unbelievers to place their faith and trust in Jesus Christ. The purpose and key verse of 1 John is found in 5:13.

Epistle of 2 John
This stands as the second shortest of all the Bible books and was written by the Apostle John to encourage readers to walk out their faith. The whole emphasis of this little 245 word letter is about the Christian walk, and the suggested golden verse is 2 John 1:6.

Epistle of 3 John
This short little letter, also written by the Apostle John, urges readers to maintain the health of their Christian walk. Though it is the shortest book of the Bible (219 words), 3 John is long on richness and themes. We could recognize 3 John 2 as the key or golden text of 3 John.

Epistle of Jude
This final general epistle was composed by Jesus' other half-brother according to the flesh - Jude. The key point of Jude's writing was to urge his readers to contend for their faith. (Jude 1:3)

The importance of the General Epistles to understanding the rest of the New Testament
The great late commentator A.T. Robertson who noted the following about the importance of the General Epistles: "Without them we should be deprived of much concerning three outstanding personalities in early Christianity. We should know much less of James, and Cephas, and John, they were reputed to be pillars" (Gal 2:9). We should know less also of the Judaic (not Judaizing) form of Christianity seen in the Epistle of James and Jude in contrast with, though not opposed to, the Pauline type. In Peter's Epistles we see, indeed, a mediating position without compromise of principle, for Peter in the Jerusalem Conference loyally supported Paul and Barnabas even if he flicker for a moment later in Antioch. In the Johannine Epistles we see the great Eagle soar as in his Gospel in calm serenity in spite of conflict with the Gnostics who struck at the very life of Christianity itself. 'The only opposition which remains worthy of a Christian's consideration is that between light and darkness, truth and falsehood, love and hate, God and the world, Christ and AntiChrist, life and death'. So we can be grateful for the preservation of these little Epistles which reveal differences in the development of the great Christian leaders and the adaptation of the Gospel message to changing world conditions then and now."2

Final thoughts
Well that concludes today's post. I would encourage readers to take a closer look at these eight books of the Bible. You will find them to be very edifying to your faith.

Endnotes:
1. I wanted to make a quick note about the Book of Hebrews, being that some classify it among Paul's letters and others classify it as a General Epistle. In the course of history the authorship of Hebrews has been discussed and debated. To this day we do not know the author with 100% certainty, although this writer personally believes Paul or perhaps less likely Apollos was the author. We know from some ancient copies of the New Testament that Hebrews was at times placed before, following or in the midst of Paul's 13 other letters. Either way, the one thing that is not in doubt is the authority the book of Hebrews possesses as a Divinely inspired book of the Bible. For today's post I will include Hebrews among the collection of what are called "The General Epistles" since a majority (not all) classify Hebrews as such.