How Jesus Supplies the Christian Supernatural courage to Face Any Fear 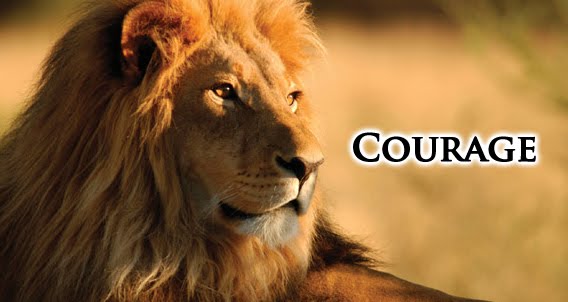 Acts 18:9-10 "Then the Lord said to Paul in a night vision, “Don’t be afraid, but keep on speaking and don’t be silent. For I am with you, and no one will lay a hand on you to hurt you, because I have many people in this city.”

Introduction
The courage to serve God becomes a highly sought after commodity whenever the prospect for victory appears dim. I marvel at this opening verse, since the Apostle Paul is among the bravest men of God in the Bible. He had taken a stand against those who were opposing his efforts to preach the Gospel. This brave man of God, this stalwart of the Christian faith saw conversions despite the opposition. Yet, the growing fear within his heart must had reached a point which threatened to shut him down.

The text said: "the Lord said to him in a night vision....". Notice: a vision, not a dream. A dream would imply sleep. A vision occurs when one is awake. I'm sure Paul stared out into the darkness. The weight of ministry, the events of days prior and the emotional toll that any fast-pace ministry life can wreck had began to erode the resolve of Paul. The Lord Jesus Himself came to Paul in a vision and spoke familiar words that are found some 200 or so times in the scripture: "Don't be afraid". What peace must have washed over His soul like a stream over a barren land. Jesus then states: "but keep on speaking and don’t be silent. For I am with you, and no one will lay a hand on you to hurt you, because I have many people in this city.”

Jesus not only promised Paul that He would remain with him, but He also guaranteed that there were others who would be reached. There were others whom the Spirit of God was working on and whom God had purposed to save. There were unnamed people whom God intended to save, and Paul was the chosen vessel by which God would deliver His Word for their salvation. Jesus had further work, which meant that He not only would supply courage for the present moment, but also for the duration of the remainder of Paul's task.

How do we know that what Jesus said gave Paul the courage he needed to do God's work? Notice Acts 18:11 "And he settled there a year and six months, teaching the word of God among them." Paul "settled in" for the long haul and did the work His Lord said needed to be done. Corinth was a hard city. As one reads through the first two letters from Paul to that church, it would prove to be among his most difficult churches. Jesus gave supernatural courage where natural courage could not abide. In closing, let the reader be reminded of Jesus' words in John 16:33 "These things I have spoken to you, so that in Me you may have peace. In the world you have tribulation, but take courage; I have overcome the world.”
Posted by mahlon at 8:55 AM