The importance of Jesus Christ being the Prince of Peace 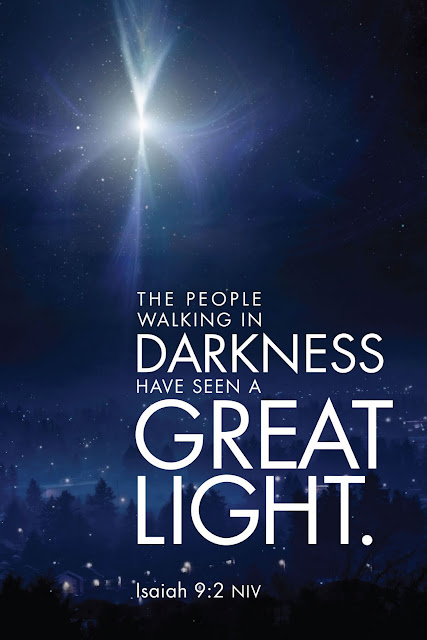 Isaiah 9:6-7 "For a child will be born to us, a son will be given to us; And the government will rest on His shoulders;
And His name will be called Wonderful Counselor, Mighty God, Eternal Father, Prince of Peace. 7 There will be no end to the increase of His government or of peace, On the throne of David and over his kingdom, To establish it and to uphold it with justice and righteousness
From then on and forevermore.
The zeal of the Lord of hosts will accomplish this."

Jesus - the Prince of Peace
In our church sanctuary there are a series of banners hanging on the wall. The first time I had ever set foot in that beautiful worship space - the banners caught my eye. On each banner is featured a name of Jesus. There are six banners in all - however let not the reader think that there are just six names or ways of referring to Jesus Christ. If one were to survey the scriptures they would discover some 200 names. In today's post we are only going to focus on one of those names - "Prince of Peace". I felt it necessary to offer some thoughts on this particular name ascribed to the Lord Jesus Christ.

Isaiah's prophecy is dealing with a desperate situation wherein the people and leadership have utterly failed God morally, nationally and spiritually. They are - as-it-were - between a rock and a hard place. No king can save them. The most feared nation of that era (Assyria) and its monarch (Sennacherib) are predicted to come. What were they do do? They needed their King (Yahweh), and they needed to quit refusing His offer to save them. You and I need the Prince of Peace revealed in this passage. Notice what the Prince of Peace can do for you based upon Isaiah 9:1-7 and other passages:

1. He shines light into darkness. 9:1-3
We could extend the context of this first thought to include Isaiah 8:9-9:3. I won't belabor the context - only to say that it seemed as if all resources of hope and help had been exhausted. The people had really gotten themselves into the proverbial pickle. The spiritual sky was dark. The ground was dry. The soul was shriveling. The lamps were flickering. Despair lurked in the shadows. Then Isaiah blurts out in 9:1 how the "people saw a great light". What is this great light? Matthew 4:12-16 takes this very text and ascribes it to Jesus.

Jesus shines light into darkness. As Martin Luther's Hymn "A Mighty Fortress is our God states: "The Prince of Darkness grim, we tremble not for him, one little word will fell him". Certainly the prince of darkness has his way with the people. All of us born into this world can be described in the same manner (Ephesians 2:1-3). Yet, God's glory is revealed on the face of Jesus (2 Corinthians 4:1-6). He is the Prince of Peace. He shines light into darkness and secondly...

2. He breaks the yoke of bondage. Isaiah 9:4-5
Isaiah writes in Isaiah 9:4-5  "For You shall break the yoke of their burden and the staff on their shoulders,The rod of their oppressor, as at the battle of Midian. 5 For every boot of the booted warrior in the battle tumult, And cloak rolled in blood, will be for burning, fuel for the fire."

Have you ever been under the yoke of bondage? That is to say, have you ever carried in your heart a secret, a hidden sin? Or perhaps you had to shoulder a pain from childhood that was no fault of your own? The people of Isaiah's day had made covenants and allies with people whom they thought they could trust. One can never broker diplomacy with the kingdom of darkness. Eventually, we grow tired of being tired.

Whenever we recognize that only God's grace can intervene and that we are too weak to do anything about it - that is when the Prince of Peace's work in our lives is most effective. Isaiah 9:4-5 in effect speaks of the warfare being brought to an end. When Jesus enters the picture, fighting God and conflict within ourselves is quieted. The yoke of bondage is broken and we are set free. As Jesus Himself notes in John 8:36 "So if the Son makes you free, you will be free indeed." So Jesus as the Prince of Peace shines light into darkness; breaks the yoke of bondage and thirdly....

Brings order to chaos. Isaiah 9:6-7
We of course have been focusing on this one title of Jesus: "Prince of Peace". It is instructive to consider how this title is clustered among several others in Isaiah 9:6-7. In the Hebrew text of Isaiah 9:6 the word translated "name" is singular. Now the reason why this is of particular interest is that there are several names given. Why didn't Isaiah say "names" instead? The unity of the character of the Son is in view. Just as sunlight is all one color (white) composed of seven colors when passed through a prism, the Lord Jesus Christ is truly Divine light passed first through the prophecies of Isaiah and others and then through the taking on of true humanity in the New Testament.

Now this point is important, since we need a Prince who is able to bring unity and order into what would be otherwise our chaotic world. All of those names of Jesus bespeak of His character, power and goodness that He wished to bestow on His people. Only He can bring order to chaos.

Closing thoughts
Today we considered the title of Jesus: "Prince of Peace". We noted from Isaiah's passage and other texts three truths about Jesus Christ as the Prince of Peace:

1. He shines light into darkness
2. He breaks the yoke of bondage
3. He brings order to chaos
Posted by mahlon at 10:55 AM

Email ThisBlogThis!Share to TwitterShare to FacebookShare to Pinterest
Labels: Book of Isaiah