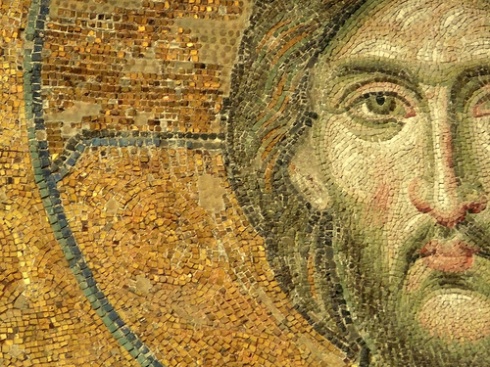 Romans 1:16-17 "For I am not ashamed of the gospel, for it is the power of God for salvation to everyone who believes, to the Jew first and also to the Greek. 17 For in it the righteousness of God is revealed from faith to faith; as it is written, “But the righteous man shall live by faith.”

Introduction:
Yesterday we considered why the Gospel of Jesus Christ is so powerful. We noted two reasons. First, the gospel is so powerful due to it being based on life-giving words - the scriptures. The 66 books of the Old and New Testaments are God's written revelation. In 40 some people, God moved by His Spirit so that they in their own language, writing styles and thoughts could convey His purposes and will towards mankind. The Bible is a living book - meaning that whoever hears its contents has the opportunity to be changed. Hence the Bible's life-changing power in its living words inform the Gospel - making it God's power unto salvation.

A second reason we noted yesterday as to why the Gospel is God's power unto salvation is due to its focal point and subject - the Lord Jesus Christ. The Baptist Faith and Message 2000 as the following to say about Jesus:

"He honored the divine law by His personal obedience, and in His substitutionary death on the cross He made provision for the redemption of men from sin. He was raised from the dead with a glorified body and appeared to His disciples as the person who was with them before His crucifixion. He ascended into heaven and is now exalted at the right hand of God where He is the One Mediator, fully God, fully man, in whose Person is effected the reconciliation between God and man. He will return in power and glory to judge the world and to consummate His redemptive mission. He now dwells in all believers as the living and ever present Lord."

Paul unfolds in Romans 1:3-7 of how Jesus Christ is the "seed of David", meaning that in His humanity He powerfully fulfilled all that God promised and predicted through the patriarchs and demonstrated such by His resurrection from the dead. By raising from the dead, Christ also demonstrated the claims He had made in His earthly ministry of He being God.

As the God-man, all that Jesus achieved on the cross was accomplished as God in human flesh. As man He died. As God His sacrifice was infinite in value. As man His resurrection vindicated all He did. As God He demonstrated that He had life in Himself. Such a powerful Person is brought to us in the Gospel - thus making it a powerful message.

Today we want to consider two other reasons why the Gospel is so powerful.

The Gospel is powerful due to God's ordained method of its delivery - preaching
In Romans 1:8-15 we find various terms used by Paul to indicate how the preaching of the Gospel and God's power are associated with one another. In Romans 1:8 we find the Gospel being proclaimed throughout the then Mediterranean world, resulting in lives being changed. In Romans 1:9, Paul indicates that in his preaching of the Gospel, his prayer life on behalf of the Romans is empowered by the Holy Spirit. In Romans 1:15 Paul states - "So, for my part, I am eager to preach the gospel to you also who are in Rome."

Preaching is God's ordained means of communicating the good news of Jesus. If it were up to human beings, others means would had been chosen as the flagship method - entertainments, dramas, music, art and other tools of communication. Certainly these other methods have been used throughout the history of the church and some have proven more beneficial than others. Undoubtedly music for example plays a very vital role in the life of the local church. However, preaching is God's primary method. Its seemingly "intrusive", sometimes "out-of-place" function in a world of visual effects and technology make it the perfect vehicle for transformation of sinners and strengthening of God's people. Preaching is the tool where man has the least likelihood of getting the credit and God getting the full credit. This is the logic behind God choosing preaching as the primary means of communicating the Gospel.

Paul writes in 1 Corinthians 1:20-21 "Where is the wise man? Where is the scribe? Where is the debater of this age? Has not God made foolish the wisdom of the world? 21 For since in the wisdom of God the world through its wisdom did not come to know God, God was well-pleased through the foolishness of the message preached to save those who believe." Or again, Romans 10:14-15 "How then will they call on Him in whom they have not believed? How will they believe in Him whom they have not heard? And how will they hear without a preacher? 15 How will they preach unless they are sent? Just as it is written, “How beautiful are the feet of those who bring good news of good things!"

Now what makes preaching so powerful is not the preacher, but rather God's Holy Spirit attending and empowering the sermon and the preacher. Furthermore, the Spirit works to open the ears of the hearts of people listening to the Gospel. This is God's choice method. Anything He chooses to use, no matter how seemingly weak, is made powerful.

Think of Moses' staff for instance. In Moses' hand it was but a walking a stick. When God told him to lay it down and pick it up again, it turned into something other than what it was. The point being made by God was that in the hands of God so-to-speak, a plain stick can split seas and bring mighty monarchs to their knees. In God's hand, Moses' staff was used to deliver the people of God. Was it Moses holding the staff? Yes. However, it was God working through the man and the gifting to bring about the effects.

So the Gospel is powerful due to the living words of the Bible, the Lord Jesus Christ and His choice method of preaching. Now lets consider one final reason...

The Gospel is powerful due to it's life-changing power
Let's place before our eyes Romans 1:16-17 "For I am not ashamed of the gospel, for it is the power of God for salvation to everyone who believes, to the Jew first and also to the Greek. 17 For in it the righteousness of God is revealed from faith to faith; as it is written, “But the righteous man shall live by faith.” When I was a boy, I would often find myself getting into mischief. When I would carry-on and engage in horseplay, I would hear my mother or father tell me: "Mahlon, straighten-up"! Now why did they say that? was it because I was bent over in poor posture? no; instead, I was exhibiting a crookedness in my soul. Whenever I would "straighten-up", I would modify my behavior to appease them and to avoid discipline. But do you know, deep down inside I would often think: "what right do they have to tell me to "straighten-up". In those moments I exhibited the truth contained in Romans 3:23 - "All have sinned and fallen short of the glory of God".

No man has the power within himself to "truly straighten-up". The word "righteousness" used by Paul here in Romans 1:16 speaks of a moral and spiritual standard whereby one is "made right-with" or "fit-to-be" in God's sight. Now Paul will unfold the full import of this in Romans 3-4. Suffice to say, Paul is strongly hinting at what will be the crown jewel of his letter: justification by faith alone. This precious truth explains God's judicial decree of my innocence and "rightness" at my salvation. This "rightness" which He declares is not my own, but rather the "rightness" earned by the life, death and resurrection of Jesus on my behalf. When I by faith trust in all Christ did and is, His life, death and resurrection is credited (or imputed) to my account (see 2 Corinthians 5:21).

Now in the verses prior to Romans 1:16, we discovered the power of the Gospel's words and Person and the delivery method of preaching. We have seen the reason why the Gospel is so powerful. But now, when we consider its effects on the person who trusts in what it says by faith - we come to grasp the practical realities of such power. The inability I had and remain to have to this day to "straighten-up" or to "be right with God" on my own strength and volition is delivered to me by the Gospel.

The amazing reality of where we find this ability to be right with God or righteousness is found within the Gospel itself. Romans 1:17 proclaims that "in it", the Gospel, is found all that a person needs to be right with God. Furthermore, Paul quotes an Old Testament passage (Habakkuk 2:4) to reinforce the notion that what he is writing is not a novel invention, but has been God's design of the Gospel all along. The Gospel is so powerful due to the fact that within the message itself is our life-changing solution - the God-given ability to truly "straighten-up" per the power and Person of the Lord Jesus Christ.

Closing thoughts
Over the last two days we have consider why the Gospel is the power of God unto salvation. We noted four reasons for this:

Email ThisBlogThis!Share to TwitterShare to FacebookShare to Pinterest
Labels: Book of Romans, defending and proclaiming the Gospel