Part Six: The Doctrine Of Divine Simplicity: The Distinctions And Unity Of The Father, Son And Holy Spirit 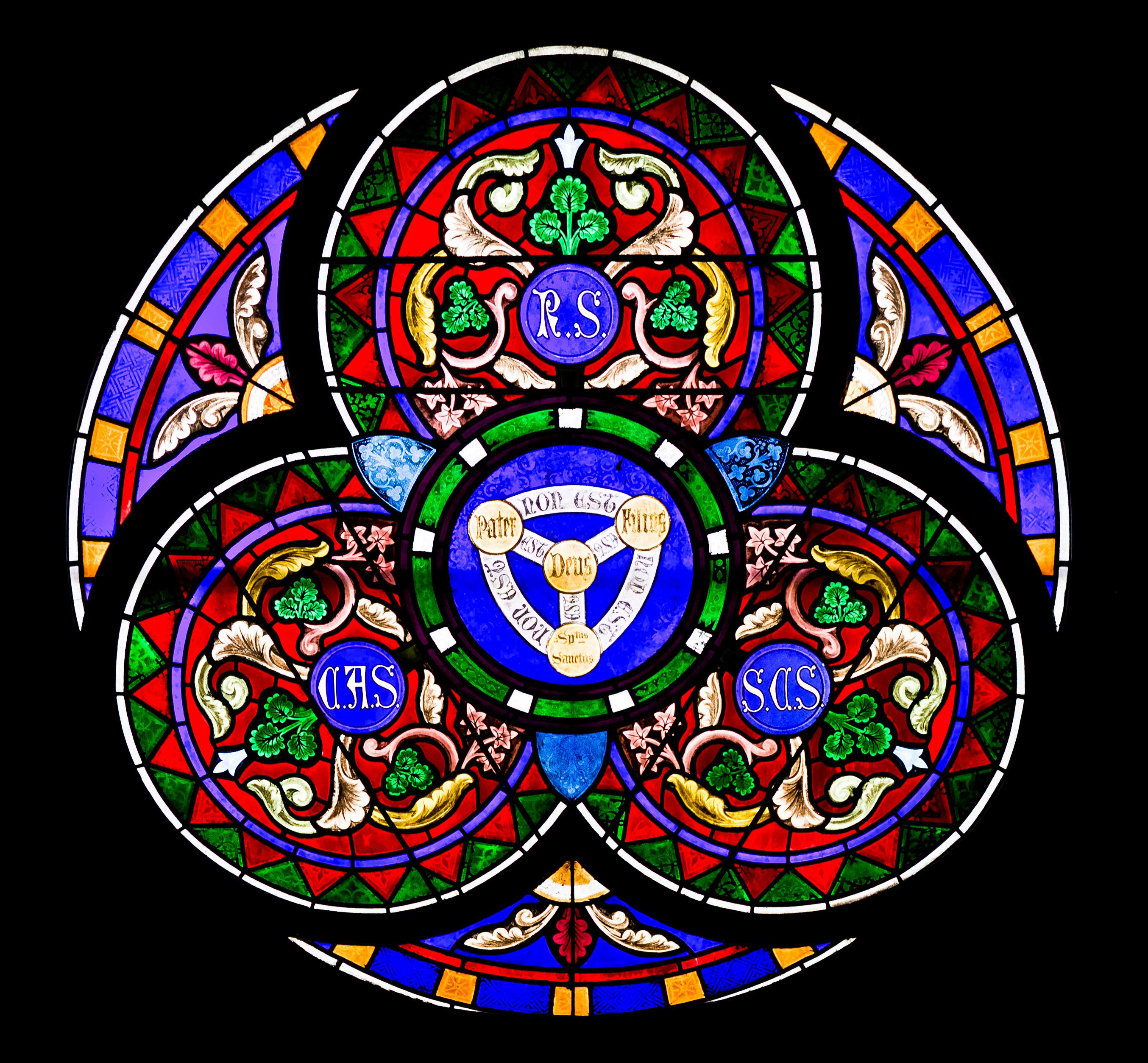 1 Timothy 6:16 "who alone possesses immortality and dwells in unapproachable light, whom no man has seen or can see. To Him be honor and eternal dominion! Amen."

In the last several posts, we have explored the doctrine of divine simplicity and its relationship to the doctrine of the Trinity. These two doctrines work together to expound on the Biblical revelation of God. One of the important applications of this type of study is to understand how to talk about God to others. The doctrine of Divine simplicity (DDS) asserts that God is not composed of parts. When we speak of God in this way, we refer to how His essence (i.e. "what He is") and existence (i.e. "how He is") and attributes (i.e. "what describes God as God") are all one, eternal, ultimate, Personal, living reality that never developed but has always been the case without beginning. Put another way, to say "God is without parts" is to mean that God has always been God, without change and possessing every perfection and fullness of being from all eternity.
Those that affirm the DDS teach that whenever we consider all of the attributes of God taught from scripture, they leads us to conclude God's Divine simplicity with respect to His essence (i.e. "what He is") and existence (i.e. "how He is").

The DDS enables us to combat other conceptions of God that are unbiblical (such as Mormonism, Pantheism, Polytheism and other worldviews). Other conceptions of Deity portray a god that is composed of parts, that is growing in knowledge or which has picked up attributes and knowledge in its relationship with the created order. The Bible affirms that God is unlike any other and without comparison (Isaiah 43:10-11; Isaiah 44:11), immaterial by nature (John 4:24) and without parts. The God of Biblical revelation never hungers, fatigues nor is a creature like us (Numbers 23:19; 1 Samuel 15:25; Isaiah 40:11; Acts 16:17). Such express ideas lead back to the inferred  doctrine of Divine Simplicity.


a. Monotheism = oneness of God's being

b. Plurality of Personhood = that is, the Father, Son and Holy Spirit sharing the Divinely simple nature.

c. The co-equality of the Persons = that is, Father, Son and Spirit are equal in glory, eternity and power in their sharing the Divinely simple nature.

In today's post, we want to explore the third of these planks to see how well the Doctrine of Divine Simplicity functions together with it in expounding the God of the Bible.


Plank #3 of the Trinity: Co-Equality of the Persons sharing in the one, simple Divine essence

By reflecting on the first and second "planks", we then find the third plank of the doctrine of the Trinity to follow: namely, that all three Persons are co-equal and co-eternal. On this point, I find it helpful to ask this question: "where does the eternal, simple, undivided essence of the one God reside?" We understand from statements such as 1 Kings 8:6 that the essence of God cannot be contained by heaven nor the heaven of heavens.

a. The unity of the Triune Persons as mutually indwelling one another while bearing forth the Divinely simple essence of deity.

Each person (or 'subsistence', personal instance of deity) not only possesses all the attributes that are appropriate to deity, but the Father, Son and Spirit mutually indwell one another. The language of "mutual indwelling" is found in Jesus' extended discussions with his disciples in the upper room on the eve of his crucifixion in John 13-17. We get a hint of this whenever Jesus explains to Philip in John 14:6-8 that anyone that Has seen the Son, as seen the Father. We then see references to the "Father being glorified in the Son" (John 14:13). Moreover, the Persons of the Trinity somehow indwelling believers as one God (John 14:23). As one goes further into Jesus' extended exposition in John 13-17, this language of "in me" or "He in me and I in Him" increases, with the highest frequency occurring in John 17.

To illustrate what we mean by "mutually indwelling", I think of bubbles in a tub or on a surface. I'm sure readers have noticed how bubbles can have bubbles within themselves. In turn, those bubbles can have their surfaces penetrate and indwell their bubble neighbors, causing the entire bubble structure to be pretty close to being one "bubble structure". the following picture below depicts my point. The early Greek church fathers, such as Gregory of Nyssa, Gregory of Nazianzus and Athanasius saw this language of "mutually indwelling" as the Three Persons containing within themselves the one undivided, Divine nature. A wonderful term that came common in the Christian writings of the first several centuries was "perichoresis", which envision the Persons of the Trinity in a Divine-sort-of dance in, out and through one another. This writer would suggest that the doctrine of Divine simplicity fits quite well in describing the unity of being mutually shared by and indwelling in, among and through the Father, Son and Spirit.

As observed, the doctrine of the Trinity does not have the three Persons set off to one side and the Divine essence of God set off to the other side as a "fourth something". Rather, the Divine essence resides as the undivided, vibrant, eternal, simple, living, mutually indwelling reality shared and expressed by the Father, Son and Holy Spirit. The attributes which we see in scripture, such as love, is expressed by the Father (as lover), the Son (as beloved) and the Spirit (the Personal agent of loving activity between the Father and Son) as that perfection that is the Divine essence of God being love in and of Himself (see 1 John 4:8).

The 1689 London Baptist Confession rounds out its discussion of the Trinity with this practical note:

(The Persons of the Trinity are) "all infinite, without beginning, therefore but one God, who is not to be divided in nature and being, but distinguished by several peculiar relative properties and personal relations; which doctrine of the Trinity is the foundation of all our communion with God, and comfortable dependence on him."

b. The Personal Distinctions Of Each Persons Of The Trinity In Which Each Bears The Divine Simplicity of Deity

When understanding how the Doctrine of Divine Simplicity fits with the doctrine of the Trinity, we can talk of how all three Persons mutually indwell one another or are united together as One God. But there is a second way in which we discuss the Trinity - namely, the distinct identities of the "subsistences" that are known as Father, Son and Holy Spirit.

When we speak of God, there are no distinctions between His essence and attributes. God's essence is carried forth truly and fully by each of the members of the Trinity. We saw in the last post that the term "subsistence" is used by older doctrinal confessions to express the members of the Godhead. This older term was chosen by the drafters of the older Baptist confessions, since the term "Person", though not inaccurate, nonetheless carried baggage that may have us picture God as three separated people. A subsistence refers to a property bearer or instance of the given essence of a being. The Father, Son and Spirit are Personal subsistences that each bear truly and completely the simplicity of being.

How the doctrine of Divine simplicity works in expressing the co-equality of the Father, Son and Holy Spirit

To further clarify what I mean when I say that each Person of the Trinity is a subsistence bearing forth the Divine simplicity of being, it all stems from how we understand the Persons of the Trinity in their interrelationship to one another. The Father so bears or expresses, by virtue of Who He is as a member of the Trinity, the trueness of Deity. The Father is the eternal initiator of the Trinitarian relationships (not essence) with the Son and Spirit. The Father brings to us Himself as a Divine bearer of the undivided essence. The opening lines of the Nicene Creed bear this out: "I believe in One God, the Father".

This fullness of deity, so possessed truly by the Father, is described in scripture as equally shared by and possessed in true fullness by the Son, world without end (see John 1:1, 18; 14:8; 1 Corinthians 8:6; Romans 9:5). The Son is not composed of a "semi-divine" substance, but instead possesses the same, Divinely simple essence with which He co-shared with the Father. The Son is the Son by virtue of Who He is in relationship with the Father. The creeds describe the Son as "begotten, not made".

The Holy Spirit proceeds from the Father by the Son or for the Son. Like the Father and the Son, the Spirit is Himself a bearer of the Divinely simple essence with which He shares co-eternally and equally with them. Since the divine nature of God is "simple", the nature is not separated into "parts" by the Father, the Son and the Spirit.

The Baptist Faith and Message 2000 recognizes the compatibility of the oneness of God's nature and the "Threeness" of the Divine persons in Article 2 of its summary of the doctrine of God. In a more detailed description, the older 1689 Baptist Confession notes about the Persons of the Trinity in how they each bear forth the undivided, Divinely simple essence of Deity:

"therefore but one God, who is not to be divided in nature and being, but distinguished by several peculiar relative properties and personal relations; which doctrine of the Trinity is the foundation of all our communion with God, and comfortable dependence on him."

Both the Father and the Son, each possessing and sharing the true and fullness of deity, in turn share equally with the Spirit (Ephesians 2:8). The Holy Spirit is also designated with titles of deity ("God" in Acts 5:4-5; "LORD" in 2 Corinthians 3:16-17), who in turn is Himself a Divine Personal agent sharing in the one, undivided, simple nature with the Father and Son. As I heard one modern author note: "God is One "what" and three "whos".

Closing thoughts for today
We explored how the doctrine of Divine simplicity works with the third plank of the doctrine of the Trinity in expounding the distinctness of the Three Persons which together identify the One God of the Bible. We viewed these two doctrines working together from the standpoints of the unity of the Three Persons and the distinction of the identities of each of the three Persons (or "subsistences"). In our explorations, we found that the ancient doctrine of "mutually indwelling" or "perichoresis", which describes how the members of the Trinity indwell one another, is quite compatible with the doctrine of Divine simplicity. Hence, in considering the other "two planks" of the Trinity already explained in previous posts of this series, the possible compatibility of the doctrines of Divine Simplicity and the Trinity holds consistent. In the next post, we will attempt to draw this series to a close with final applications.