Bird's-eye view of the Bible: The theme of "straying away from God" as found in 1,2 Kings and 1,2 Chronicles. 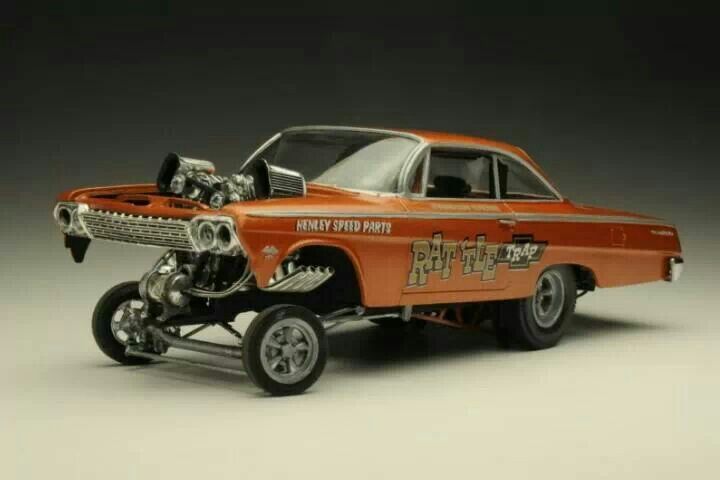 When I was a boy, I put together model cars. I would spend hours painting and gluing them together. Each time I finished a model car, I would show my dad. He and I would look at the model car from every angle. My dad would then tell me a story about a real life car. The model car represented to me the reality of the memories shared between my father and me.

God called forth the nation of Israel to model His Kingdom before the nations of the world. We've learned of how God used a man named David to rule over the kingdom of Israel in Jerusalem. God's kingdom is the reality, realm and right He has to be King over us in matters of life and salvation. King David, and his son King Solomon, received God's promises of an enduring Kingdom and an ultimate King that would descend from them.  The last post featured the theme of: "the kingdom of God". For the other themes explored in our "bird's-eye view of the Bible", readers can review them in the following links:

1. Theme of Creation in Genesis 1-2.
http://www.growingchristianresources.com/2020/01/birds-eye-view-of-bible-theme-of.html

2. Theme of Catastrophe in Genesis 3-
11.
http://www.growingchristianresources.com/2020/02/birds-eye-view-of-bible-theme-of.html

3. Theme of Patriarchs in Genesis 12-
50.
http://www.growingchristianresources.com/2020/02/birds-eye-view-of-bible-theme-of_9.html

4. Theme of Redemption in the books
of Exodus through Deuteronomy.
http://www.growingchristianresources.com/2020/02/birds-eye-view-of-bible-theme-of_12.html

5. Theme of Spiritual Victory in the
Book of Joshua.
http://www.growingchristianresources.com/2020/02/birds-eye-view-of-bible-theme-of-victory.html

6. Theme of Spiritual Defeat in the
Book of Judges.
http://www.growingchristianresources.com/2020/02/birds-eye-view-of-bible-breaking-sin.html

7. Theme of the kingdom of God in 1 and 2 Samuel.
http://www.growingchristianresources.com/2020/03/birds-eye-view-of-bible-theme-of-gods.html

How the actions of Adam and Eve are echoed in the history of Israel and its kingdom.

In many ways, Israel functioning much like Adam had in the garden of Eden. God gave an original covenant. Like Adam, Israel was to model before all creation what God was like in His ways and works. Sadly, like the original Adam, Israel would divide from God. More and more, Israel wanted to be like everyone else. 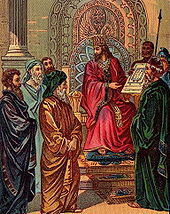 King Solomon began his reign as a good, Godly king. God would enable Solomon to have the most wealth and wisdom of any king before or after him. Yet, Solomon became distracted by other women besides his wife (1,000 to be exact!). Soon Solomon would drift further and further from God, almost to the point of complete division from Him. The books of Song of Solomon and Proverbs record Solomon's life in his younger and middle age years. Solomon evidences a heart for God, full of wisdom in those two books. The third and last book he would compose, Ecclesiastes, records disappointments, regrets and warnings to those who would try to walk away from God. As far as we know, Solomon repented or turned back to God before he died. Nevertheless, the consequences of his actions would lead to the kingdom of Israel dividing into two nations and strayed away from God. Once again, we see how much man is in need of God.

Whenever the follower of Jesus experiences straying away from God.

If you have trusted in Jesus, and have, for the most part stayed faithful to Him up until this point, I praise God for you doing so. All Christians do experience those moments, days or weeks where they can stumble, due to their own carelessness or wrong choices (James 1:3-7). However, there are also those times when Christians can stray more severely from God and go for a short while not wanting to grow deeper in Jesus, the Bible, prayer or church (1 Corinthians 3:1-4). In both types of situations, the causes are similar: carelessness, bad choices, also not knowing sound doctrine, not knowing their Christian identity and of course, influences around them.

As we read through the nearly 40 kings that would reign in the divided kingdoms of Israel (the Northern Kingdom) and Judah (the Southern Kingdom), we will find these causes behind their straying away from God: carelessness, bad choices, also not knowing sound doctrine, not knowing their Christian identity and of course, influences around them.

The causes of straying away from God, and how to get back on track.

1. The kingdom if Israel divides in two due to carelessness, bad choices, forgetting their identity and giving into influences around them.

Before King Solomon died, God warned that the kingdom of Israel would split between those loyal to his son Rehoboam and those loyal to his army general Jeroboam (1 Kings 11:12-13). We know from ways of dating events that the year was 971 b.c. Rehoboam assumed the throne of Jerusalem after his father, Solomon, had died. Rehoboam was the original son Solomon addressed the Book of Proverbs to in heeding wisdom and following God...sadly, Rehoboam ignored his father's words - which were ultimately God's words  (we have Proverbs in our Bibles). Rehoboam had wanted to show himself a strong ruler and had a choice between listening to wise counsel and the advise of his friends. His friends advised him to place heavier burdens on the people than his father Solomon had done, and so that was what Rehoboam chose to do.

It wasn't long until ten of the twelve tribes followed after Rehoboam's army general (Jeroboam) and made him their own king, moved themselves up North beyond Jerusalem and made their own capital city. Jeroboam would show himself as careless and unwise in decision making as Rehoboam. The Bible tells us that Jeroboam invented a religion in competition with the true worship of the true God, Yahweh. Jeroboam and the people demonstrated they cared more about personal preferences than what was doctrinally right.

2. Straying away from God can lead to tragic consequences.

The four causes we noted of straying away from God: bad choices, carelessness, bad doctrine, ignoring one's true spiritual identity and yielding to influences, we're all present when the kingdom divided. The Northern Kingdom (known also as "Israel") would last over two hundred years before it came to an end. As we read of the roughly twenty kings which would reign in the Northern Kingdom, not one of those kings were godly kings. God sent prophets to warn the people of the consequences that would follow if they did not turn back to Him and quit their straying from God. Tragically, the Northern Kingdom ignored God and as a result, God sent the powerful Assyria empire to put an end to the Northern Kingdom in 722 b.c.

3. How the Southern Kingdom (known also as "Judah") illustrates how God gives those whom He has redeemed many chances, thus ensuring they will accomplish His will. 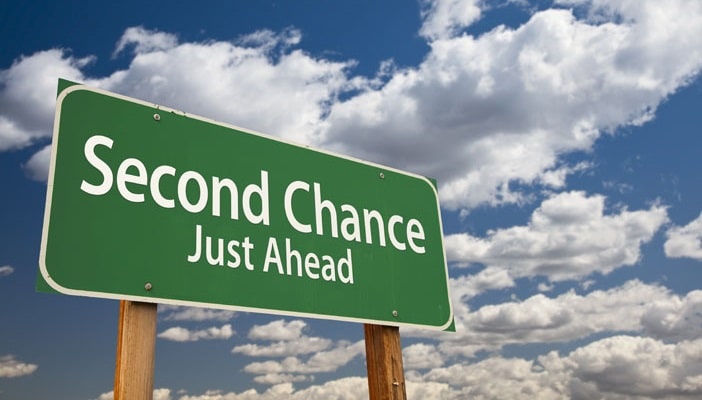 Even if we find ourselves straying from God, God always sends us warnings to give is a chance to turn back. The Southern Kingdom of Judah also had 20 kings rule in Jerusalem over its nearly 350 year history. God had  chosen the Southern Kingdom to fulfill His purposes of salvation and to bring about the Messiah: Jesus Christ. Even though it was as rebellious as the Northern Kingdom, God's gracious calling was ever in its ears. We find that there were eight godly kings out of the twenty who that reigned in Jerusalem. God used them to lead spiritual awakenings in Judah.

God also sent prophets (such as Elijah, Elisha, Isaiah, Jeremiah and others) to not only Judah, but to the Northern Kingdom as well. The Southern Kingdom would at times temporarily turn back to God, only to mess up and repeatedly stray away. 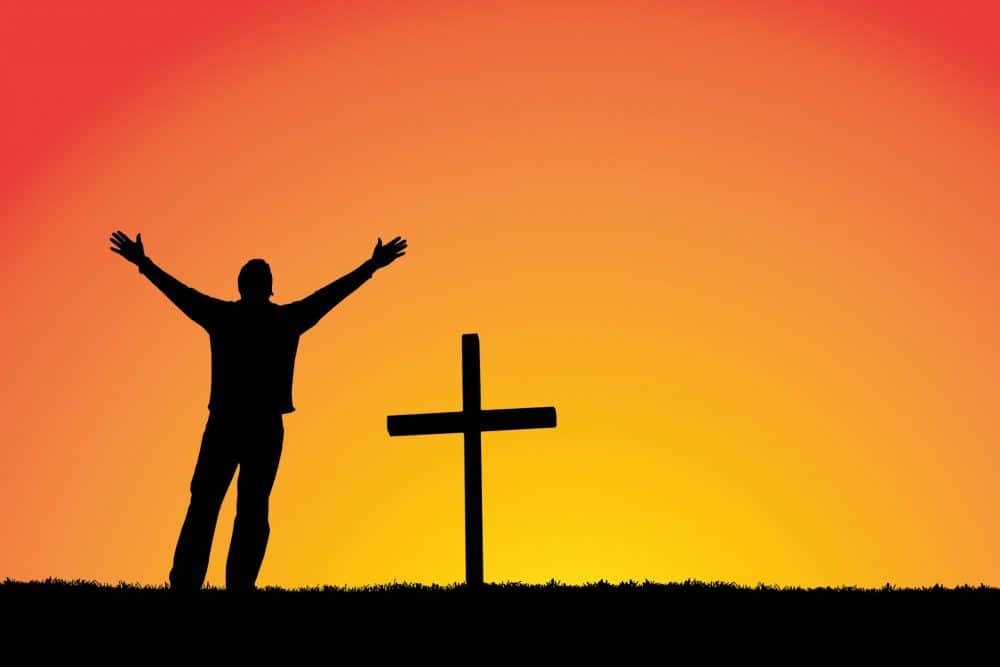 Thankfully, God is a God of many chances. As we had mentioned before, there were eight kings God used to spawn spiritual awakenings in the Southern Kingdom of Judah. Solomon's son Abijam (1 Kings 15:3) started out well, just like his father, in walking in the ways of the Lord. Other kings such as Jehoash (2 Kings 12), Amaziah (2 Kings 14) and Uzziah (2 Kings 15) all started out on the right foot with God. Tragically though, pride or self-interest got the best of them and both they and the nation suffered. We are reminded of how important it is to keep an eye one one's heart in times of great spiritual growth. Oftentimes, the greatest believers of times past have experienced increased pride and temptation when walking strong for God.

We also find three exceptional kings in Judah that not only began well - but ended well. King Asa (1 Kings 15) was used by God to defeat an attacking army of over one million soldiers. King Jehoshaphat (2 Chronicles 17) refused to listen to false prophets and preferred hearing God's word from true men of God. King Josiah (2 Kings 22) was the godliest king of all the kings who ever ruled in Jerusalem. King Josiah was only eight years old when he started, and led the Southern Kingdom in its last and greatest spiritual awakening.

Closing thoughts: God never forsakes His people, even when they stray from Him.

As we noted, God is a God of many chances. Despite good godly kings, prophets and several spiritual awakenings, the Southern Kingdom still strayed from God. Eventually, God would send the Babylonian Empire to capture the inhabitants of Jerusalem, take them prisoner and begin a seventy year long exile of the people in 586 b.c. When someone is exiled, that person is taken away from their homeland to another place where they learn a new language, customs and even religion. God had predicted and warned about this particular time (Deuteronomy 28; 2 Chronicles 36) through prophets like Jeremiah.

The people ignored God's warnings and strayed away from Him. Although the people of the Southern Kingdom of Judah would live in Babylon for seventy years, God did not abandon them. As we will see in the next theme, God reminded the people that He was keeping the promises He made to Abraham, Isaac and Jacob. Although we may at times stray away from God, He will never forsake us.
Posted by mahlon at 6:33 AM

Email ThisBlogThis!Share to TwitterShare to FacebookShare to Pinterest
Labels: A Bird's eye view of the Bible