The Spiritual Benefits of Adoption in the Bible 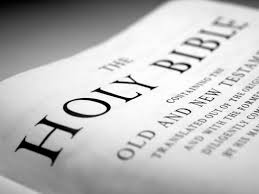 Romans 8:15-17 "For you have not received a spirit of slavery leading to fear again, but you have received a spirit of adoption as sons by which we cry out, “Abba! Father!” 16 The Spirit Himself testifies with our spirit that we are children of God, 17 and if children, heirs also, heirs of God and fellow heirs with Christ, if indeed we suffer with Him so that we may also be glorified with Him."

Adoption, whether considered in the modern sense or understood as an original Biblical doctrine, is a beautiful truth to consider. Whenever anyone trusts in Jesus as Savior, Lord and Treasure, the reality of their adoption by God is made clear. We can define adoption as follows: “When God awakens a sinner to His choice for them as His child, to a never-ending inheritance, at the moment of their saving trust in His eternal Son.” Whenever we read the New Testament, no other author writes more on the spiritual reality of the believer's adoption than the Apostle Paul. In this post we shall list out the benefits that arise from God's adoption of the believer in saving faith. Before we consider those glorious benefits, let me comment further about what might had led Paul to write so much about adoption.

It is worth noting that Paul himself had experienced an adult-form of adoption known as “adrogation”. This sort of adoption was practiced by political officials in the ancient world when advancing their political offices and territories, or as a favor to someone that benefitted them. In Acts 13:4-16, Saul preaches the Gospel to Sergus Paulus, Proconsul of the Island of Paphos. Paul proclaimed the good news of the Gospel while confronting a false teacher who attempted to turn away the Proconsul from receiving Christ. Saul’s name is changed to “Paul”, likely due to Sergius Paulus adopting him, cancelling his debts and giving him freedom to proclaim the Gospel in a region his family held jurisdiction – "Pisidan Antioch". (Reader's can explore Acts 13 to get the whole account of Saul's name change, as well as to test the plausibility of this interpretation).

Author Bill Cooper in a 2016 Bible and Spade article (volume 29, issue 3, page 97) entitled: "Who was Sergus Paulus", draws the following conclusion from his study of the archaeological and Greco-Roman practice of adoption as it relates to Paul's name change:

"Until this moment, Paul had gone under his birth name, Saul of Tarsus. But from this moment on, he has adopted the name of Paul, and this is the crucial point. It is almost unarguable—even though Luke doesn’t record the event—that Sergius Paulus formally adopted Saul."

As I consider this observation, it begs the question: is it no wonder Paul wrote so much on adoption? The doctrine of Divine inspiration entails the Holy Spirit's use of the Biblical author's writing style and life-experience in the crafting of the inerrant and infallible original manuscripts from whence our copies and translations derive. In short, Paul (formerly Saul) not only penned about adoption as a Biblical idea, but from the stand-point of personal experience to which he could readily see the significance of the Biblical doctrine of adoption.

As we have considered the possible motivations behind Paul's emphasis upon adoption in his letters (for example, Romans 8:14-17; Galatians 4:1-7; Ephesians 1:4-6; Ephesians 3; Philippians 3:20-21, just to name a few), we shall now briefly consider the new glorious benefits of adoption that we find in Romans 8:1-30.

Romans 8:1 begins with the affirmation that the sinner who is justified by faith is no longer under condemnation (compare Romans 5:1). As Paul transitions from the topic of justification (which has to do with the believer's legal standing with God) to that of adoption (the believer's relational standing with God), we find that adoption brings a new position. Just as  an airplane overcomes the law of gravity by flying into the law of lift, so too does the adopted son or daughter of God overcome the gravity of condemnation, formerly because of the law, to soar in the favor of the Father on account of the Son. In adoption, my will is set free (Romans 8:1-2) and my mind is liberated to begin transformation (Romans 8:3-8; Romans 12:2).

The second great benefit of adoption is the provision of a new home. Amazingly, the believer discovers that they themselves become the "new home" or "new sanctuary" in which the Holy Spirit comes to dwell! 1 Corinthians 3:16 states: "Do you not know that you are a temple of God and that the Spirit of God dwells in you?" This statement from 1 Corinthians represents the fulfillment of the New Covenant reality predicted in the Old Testament by the Holy Spirit through prophets such as Ezekiel in Ezekiel 36:27 "I will put My Spirit within you and cause you to walk in My statutes, and you will be careful to observe My ordinances." Jesus expounded upon how He and the Father would come to somehow work within each believer as a result of the Holy Spirit's indwelling ministry in John 14:23, "Jesus answered and said to him, “If anyone loves Me, he will keep My word; and My Father will love him, and We will come to him and make Our abode with him."

As one studies further about the Biblical doctrine of adoption, there are a number of "gains" which the adopted child of God begins to enjoy.

*I gain a new Father. We can see how the Person of the Father in the Trinity becomes the believer's "Father by adoption" by such terminology as "sons of God" (Romans 8:14-15) and "children of God" (Romans 8:16). The Apostle John writes in 1 John 3:1, "See how great a love the Father has bestowed on us, that we would be called children of God; and such we are. For this reason the world does not know us, because it did not know Him."

*I gain new siblings. John 1:12-13 declares: "But as many as received Him, to them He gave the right to become children of God, even to those who believe in His name, 13 who were born, not of blood nor of the will of the flesh nor of the will of man, but of God."

*I gain an elder brother, the Lord Jesus. Hebrews 2:12 12 tells us: "saying, 'I will proclaim Your name to My brethren, In the midst of the congregation I will sing Your praise.'"

Theologian Charles Hodge writes in his "Outlines of Theology", page 519, about some further "gains" received by a believer when adopted into the family of God:

*Present fatherly chastisements for our good, including both spiritual and temporal afflictions. (Psalm 51:11-12; Hebrews 12:5-11).

*Hope in the fulfillment of resurrected bodies. 8:23-25

If we were to summarize how this truth of adoption does this for the Christian, we could appeal to what Paul wrote in Philippians 3:8-11

"More than that, I count all things to be loss in view of the surpassing value of knowing Christ Jesus my Lord, for whom I have suffered the loss of all things, and count them but rubbish so that I may gain Christ, 9 and may be found in Him, not having a righteousness of my own derived from the Law, but that which is through faith in Christ, the righteousness which comes from God on the basis of faith, 10 that I may know Him and the power of His resurrection and the fellowship of His sufferings, being conformed to His death; 11 in order that I may attain to the resurrection from the dead."

This last section of our post is so laden with spiritual riches (whether prayer, the doctrines of predestination, calling, justification and perseverance in salvation), that an entire series of posts would be required. What Paul does in this section is trace out the reality of adoption to its pre-temporal beginnings in the counsel of the Trinity itself. Indeed, the Father is typically noted as the "Planner of the believer's salvation"; the Son is the "Provider of salvation"; the Spirit is the "Applier of salvation". All three persons of the Trinity act in union, since they all three share in the same, undivided, Divine nature as the God of Biblical revelation. Any assurance experienced by the Christian is due to the necessary groundwork laid by the Trinity for their salvation in the "covenant of redemption" before the beginning of time (see 2 Timothy 1:9; Titus 1:2). I only have time to simply list the "assurances" of adoption below:

*Assurance of providence working out the future. 8:28

*Assurance of perseverance rooted in God’s plan from eternity-past. 8:29-30
As we have sketched out the wondrous benefits of the Biblical doctrine of adoption, may every Christian praise God for the gracious privilege of spiritual sonship and daughter-ship brought about as a result of the Father's love for the Eternal Son (see Ephesians 1:4-6).
Posted by mahlon at 11:47 AM

Email ThisBlogThis!Share to TwitterShare to FacebookShare to Pinterest
Labels: Adoption