The Beginning Of Mark's Gospel - Why Mark Wrote His Gospel 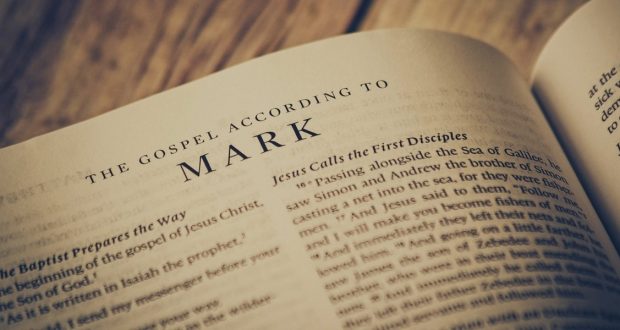 Mark 1:1 "The beginning of the gospel of Jesus Christ, the Son of God."

1. A proclamation purpose: to communicate the life, death and resurrection of Jesus Christ as the heart of the Gospel.

2. An apologetic purpose: to combat heresy.

In the last three posts, we have surveyed the life, conversion, ministry and martyrdom of John Mark - the author of the Gospel bearing his name. Interested readers may consult those posts

Proclamation purpose: to communicate the life, death and resurrection of Jesus Christ as the heart of the Gospel.

The Apostles' preaching in the Book of Acts followed a pattern which corresponds quite nicely with the contents of the Four Gospels. In Acts 10:36-43, we read an excerpt of Peter's preaching that bears forth such an established pattern, focused on Jesus:

"The word which He sent to the sons of Israel, preaching peace through Jesus Christ (He is Lord of all)— 37 you yourselves know the thing which took place throughout all Judea, starting from Galilee, after the baptism which John proclaimed. 38 You know of Jesus of Nazareth, how God anointed Him with the Holy Spirit and with power, and how He went about doing good and healing all who were oppressed by the devil, for God was with Him. 39 We are witnesses of all the things He did both in the land of the Jews and in Jerusalem. They also put Him to death by hanging Him on a cross. 40 God raised Him up on the third day and granted that He become visible, 41 not to all the people, but to witnesses who were chosen beforehand by God, that is, to us who ate and drank with Him after He arose from the dead. 42 And He ordered us to preach to the people, and solemnly to testify that this is the One who has been appointed by God as Judge of the living and the dead. 43 Of Him all the prophets bear witness that through His name everyone who believes in Him receives forgiveness of sins.”

The first three Gospels were composed, beginning with Matthew (roughly 50 A.D., or less than 30 years after Jesus' death, burial, resurrection and ascension); Luke (60 A.D.) and then Mark (simultaneous to Luke or shortly thereafter in 62-65 A.D). If we were to take each of those first three Gospels and line them up with Peter's message, we would discover all of their contents structured around that common core of Jesus' life, death, resurrection. John's Gospel (90 A.D.) would mainly, in its core elements, parallel this same format (with the additional idea that John's Gospel tends to supplement material not covered in the first three Gospels).

Whenever we turn to the opening verse of Mark, we see this template of Jesus' life, death, burial, resurrection and ascension conveyed. In the underlying Greek text, Mark's one-verse introduction contains seven words (which turn into roughly twelve words in many English Bibles). Seven is a perfect number, "God's number", corresponding to the Perfect Savior, the focus of this perfect Gospel. What is there about this Gospel, this "Good News", which by the Spirit's doing, persuades sinners to trust in Christ? It is worth meditating briefly on the opening verses of Mark 1:1.

That first word "beginning" ("Ἀρχὴ" or "arche" in the Greek), delivers the promise of "starting-all-over-again", the new birth. Christian spiritual life has a beginning. Just as time and space had a beginning as a result of God's creation of it from nothing (Genesis 1:1), so too is salvation a work of God wrought in the human soul, which of itself can bring forth nothing. The Expositor's Bible Commentary notes this of Mark's use of the word "beginning":

"Another possibility, however, is that by the use of the word archē (“beginning”) Mark is imitating the opening verse of the LXX (en archē, “in the beginning,” Gen 1:1) and wants his readers to realize that his book is a new beginning in which God reveals the Good News of Jesus Christ. Taken in this way, the first verse is not only a title for the entire book but a claim to its divine origin."

Then we see the second and third words, translated "of the Gospel" ("τοῦ εὐαγγελίου" or "too euanggelioo" in the Greek) in our English Bibles, as conveying "Good News". This is what the Gospel is: Good news! You can have forgiveness of sins - Good news!

The fourth and fifth words of Mark's introduction (translated in our English text as "of Jesus Christ", Greek "Ἰησοῦ χριστοῦ" or "yaysoo Christoo"), brings us to the goal of our salvation: Jesus Christ Himself! Our own righteousness is but filthy rags. Jesus Christ came to bring everything we need; set us free from our guilt and cloth us in His righteousness - glorious indeed!

Then we see those sixth and seventh words of Mark 1:1, "the Son of God", ("υἱοῦ θεοῦ" or "hooeeoo theoo"). The name "Jesus" reminds us that He is truly man for us. "Christ" describes the office He occupies as the chosen and only way to the Father, empowered by the Spirit. The phrase "Son of God" reminds us that He is truly God also, granting every believer access to the endless power and life of God.

These seven, wonderful words of Mark 1:1 are finite in number while bridging us to the infinite excellence of God Himself through Jesus Christ! Thus, the first and primary reason for Mark writing this Gospel is to communicate about how Jesus Christ is the center of the Gospel.

The infamous "Simon The Magician" is first introduced in Acts 8. In the ministries of Phillip the Deacon and the Apostle Peter, this man Simon appeared to had believed the Gospel, as recounted for us in Acts 8:9-13. It is then later in Acts 8:18-20 that one reads what Simon would do next:

"Now when Simon saw that the Spirit was bestowed through the laying on of the apostles’ hands, he offered them money, 19 saying, “Give this authority to me as well, so that everyone on whom I lay my hands may receive the Holy Spirit.” 20 But Peter said to him, “May your silver perish with you, because you thought you could obtain the gift of God with money!"

Peter urged Simon to repent. Sadly, Simon responds in the following manner to Peter in Acts 8:24 "But Simon answered and said, “Pray to the Lord for me yourselves, so that nothing of what you have said may come upon me.” Simon's profession of Christ resulted in being counterfeit. Simon would sow discord and further false teaching into the early church. I have read in times past of how some surmise that Simon may very well had planted the seeds Gnosticism that would afflict the church in the second century. As to how much we can connect the heresy of Gnosticism to Simon is another post, for another day. What we do know is that history does tell us how Simon's actions would contribute to one of the reasons for the composition of Mark's Gospel.

Eusebius, the fourth century church father who wrote the first history of the church, notes of the heresy of Simon combatted by the Apostle Peter in his Ecclesiastical History, Book 2, chapter 14, section 1:

"The evil power, who hates all that is good and plots against the salvation of men, constituted Simon at that time the father and author of such wickedness, as if to make him a mighty antagonist of the great, inspired apostles of our Saviour."

The reference to "The evil power" by Eusebius refers to the same Simon which I just mentioned. Eusebius then connects the battles between Peter and Simon to the writing of Mark's Gospel in Ecclesiastical History, Book 2, chapter 5, section 1:

"And thus when the divine word had made its home among them, the power of Simon was quenched and immediately destroyed, together with the man himself. And so greatly did the splendor of piety illumine the minds of Peter's hearers that they were not satisfied with hearing once only, and were not content with the unwritten teaching of the divine Gospel, but with all sorts of entreaties they besought Mark, a follower of Peter, and the one whose Gospel is extant, that he would leave them a written monument of the doctrine which had been orally communicated to them. Nor did they cease until they had prevailed with the man, and had thus become the occasion of the written Gospel which bears the name of Mark."

Mark's Gospel (along with the other three Gospels of our New Testament) enable the church today to not only communicate clearly the Gospel of Jesus Christ by centering upon Him, but to also accomplish the Apologetic task of defending the Christian faith against heresies, ideologies and any other man-made system which attempts to undermine the truth. With these thoughts in mind, it is imperative, then, to acquaint ourselves with this marvelous book: The Gospel of Mark. 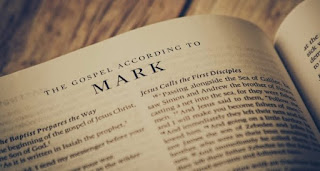