Introducing Maundy Thursday: Jesus' Great Commandment For Christians To Love One Another 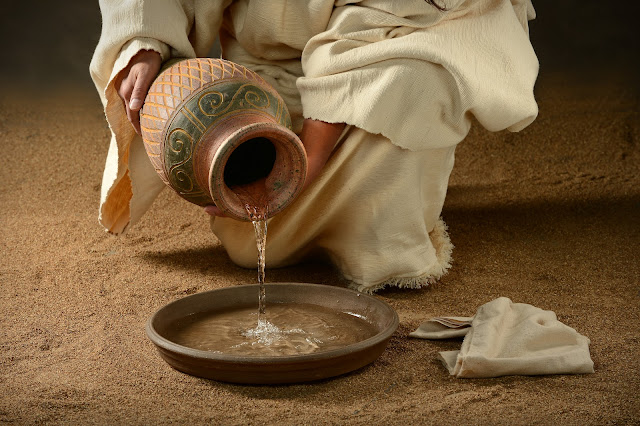 For those Christian fellowships that follow closely the Christian calendar, today marks what many call "Maundy Thursday". For many in non-liturgical church fellowships, such holy-days may not hold a lot of significance. The church that I serve at will be celebrating Good Friday tomorrow and of course Easter on Sunday. But what about this day called "Maundy Thursday"? John 13:34-35 records these words of Jesus:
"A new commandment I give to you, that you love one another, even as I have loved you, that you also love one another. 35 By this all men will know that you are My disciples, if you have love for one another.”
Whenever one reads the ancient translation of the Bible called "The Latin Vulgate", the first two words of John 13:34-35 gives us the name our holiday in question, "Mandatum novum" = "New commandment". Thus the whole point of this day is to remind the Christian of the necessity to love the Lord Jesus and to love one another. Robert Webber has written a helpful book that explains the meaning of the Christian calendar and its associated days and observances entitled: "Ancient-Future Time". Webber notes the following about "Maundy Thursday":

Now before I go on, let me make some important disclaimers. In all fairness, it is good to avoid emphasizing form over the substance or truth of the scripture. With that important thought of avoiding the route of becoming legalistic and ritualistic, the other ditch to avoid is ignorance. That is to say, ignorance about what previous generations of Christians did to apply the scriptures and live them out.
Scripture is the pattern, the standard, and the authority by which any traditions are judged. If we find, on the same token, certain expressions that can immerse one in the Word of God and focus more on Jesus, then we have in effect demonstrated the pattern of sifting our expression of worship through the Words of God in the Bible. This post is an attempt to better understand how observances like "Maundy Thursday" can benefit the Christian as we continue to insist on the important doctrine of "sola scriptura" (Scripture alone, referring to the unique and sufficient authority of Scripture).

As noted already, "Maundy" refers to a particular commandment of love Jesus issued to His disciples and all Christians on the eve of His crucifixion. In searching through various books that feature the various cycles and holy days of the Christian calendar, one finds that Maundy Thursday centers around what Jesus did on the Eve of His crucifixion in the upper room in John 13-17.
The humility of Jesus' love.
In the standard Maundy Thursday celebration, the pastor or Bishop (or whichever Christian leadership position is part of the given tradition) begins the service through a foot-washing ceremony. For non-liturgical fellowships (the term "liturgy" refers to a certain, prescribed way of expressing the worship of God by the church) that may not follow a formal route or structure, details such a foot-washing, reading of certain scriptures and other activities might seem unusual.

With that said, what can we say about foot-washing? Though foot-washing is not an official ordinance of the church, nonetheless, can be a powerful symbolic action of communicating the devotion of Christ-like service and love Christians ought to have for each other. We read Jesus' closing remarks following the washing of the disciple's feet in John 13:12
"So when He had washed their feet, and taken His garments and reclined at the table again, He said to them, “Do you know what I have done to you?"
Jesus' love in willingly going to the cross.
Jesus' question certainly is cause for pause: do we really know what He did for us? He came not to be served, but to serve and give His life a ransom for many (Mark 10:45).

In stooping down to wash the disciple's feet, the Lord Jesus Christ was re-enacting His own "stooping-down" as God in human flesh in the act of His incarnation. Amazingly, as truly God, He already expressed humility as a Divine attribute (see Psalm 113:6-8).
The fact God would even choose to create the world was an act of condescension on His part. Christ's incarnation, followed by His earthly life, ministry and death on the cross would carry out the most intense act of humility and condescension of God in the Person of the Son (see Philippians 2:5-11).

The love of Jesus' shown in the Lord's supper.
Maundy Thursday not only includes focus upon Christ's service to us in the act of foot washing, but also in the commemoration of the Lord's Supper. In typical fashion, reference will be made to God's institution of the Passover in Exodus 12. When Jesus instituted the Lord's Supper in John 13-17 and in the other Gospel accounts, He was fulfilling the imagery associated with the Lord's Table. He prescribed this covenant meal for His church (see 1 Corinthians 11:23-27). Jesus, after all, is the ultimate "Passover Lamb" (see 1 Corinthians 5:7).

Christians ought to love looking for the 2nd coming.
As one considers the events of Jesus' final hours with His disciples before His crucifixion, we as His church are, as it were, in the "final hours" before the close of this age. The Lord's supper not only points back to what He achieved on the cross, but also looks forward to His soon return. Maundy Thursday is just as much about reminding Christians of their identification in Christ's second coming as what He did in His first coming.

Christian love is rooted in what Jesus did on the cross.
Maundy Thursday also takes us into those final moments when Jesus was in the Garden of Gethsemane. I can recall years ago attending what was the only Maundy Thursday service I was ever at and a participant. A pastor friend of mine invited other pastors and the community to take part. Admittedly, he did some of the details differently. Nevertheless, he centered the time around Jesus' moments in the Garden of Gethsemane. At the service, each participant read some scripture, offered prayers and then we took up a collection to be given to a local mission in that town. When the service was done, I came to appreciate all that this particular day meant.

Jesus wrestled in the Garden with the temptation of by-passing the cross. He of course did not yield to such temptation, but instead aligned His sinless human will with what He and the Father had agreed upon in eternity with respect to the One, unified Divine will. In effect, Gethsemane was a threshold Jesus chose to step over in order to express His unyielding allegiance and desire to do the Father's will.

As Maundy Thursday slips into the night hours, may we thank the Lord for what was a willing choice made in His humanity to yield to what had already been a decision made in eternity: to be the Savior of the World.
Posted by mahlon at 7:35 AM