The Doctrine of Scripture, An Overview Part Two: The Necessity, Sufficiency, and Inspiration of Scripture 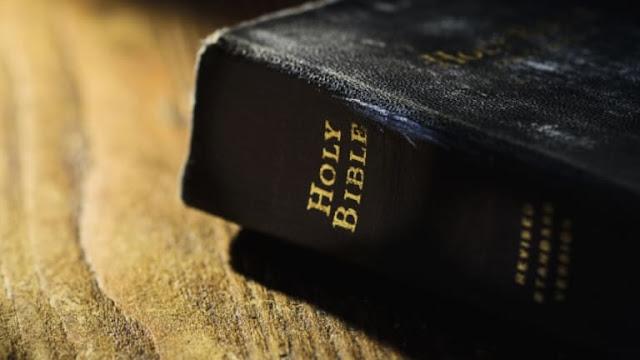 What is meant by “the necessity of God’s words?” Simply put, it is necessary for there to be the articulation of Scripture and someone hearing it for the Spirit of God to bring forth salvation and continual Christian growth. In the general revelation of creation and the conscience, I can know about God and my responsibility to Him. However, I need the Bible to know this God and His plan of salvation, revealed in Jesus Christ, and His coming Kingdom. That is necessity. I will make two remarks that bear on this scene in Genesis 3:1 and in our own day.
First, if we did not have God’s inerrant and infallible word revealed, and then written down under Divine inspiration in the Bible, we would have no foundation for our faith. In the landmark book by Harold Lindsell entitled “The Battle for the Bible”, he opens with this quote: “Of all the doctrines connected with the Christian faith, none is more important than the one that has to do with the basis of our religious knowledge.” Lindsell then goes on to point out that the basis for accurate understanding of God, humanity, life, and eternity “for the Christian at least always comes full circle to the Bible.”

Secondly, the need for God’s revelation is written form is demonstrated by how Adam and his wife responded to the serpent. Genesis 3:2-5

“The woman said to the serpent, “From the fruit of the trees of the garden we may eat; 3 but from the fruit of the tree which is in the middle of the garden, God has said, ‘You shall not eat from it or touch it, or you will die.’” 4 The serpent said to the woman, “You surely will not die! 5 For God knows that in the day you eat from it your eyes will be opened, and you will be like God, knowing good and evil.”

Notice how Satan twisted the information content of God’s words spoken to Adam, and through Adam to his wife. Satan does what I call “twisted math”. He subtracts God from the origination of these words – thus denying their authority. Then, the woman in response adds to what God had said, claiming God said not to eat “nor touch” the fruit. This undermines the clarity of God’s words, since what she said does not match what He said in comparison to the original words spoken to Adam in Genesis 2:16-17. Then lastly, the Serpent divides the meaning of God’s words from their truth by expressing the exact opposite message – which ultimately denies Biblical necessity!

The record of Adam, the creation, and fall were passed along to Moses in a written format, as expressed ten times in Genesis by the phrase “these are the records of”. The words of God, the Bible, are authoritative because of their revelation. The words of God are inerrant and infallible touching their information. They are necessary for our foundation. So, we’ve considered the clarity, authority, inerrancy/infallibility and necessity of God’s Words. Let us move onto the next key quality.

2. The Sufficiency of God’s Words – their application. Genesis 3:15

So, we’ve witnessed how the clarity of God’s Word deals with its communication. The authority of God’s words relate to its revelation. The inerrancy and infallibility of God’s Words handles it information. The necessity of God’s words speaks to its foundation. But what is meant by the sufficiency of God’s words? The sufficiency of God’s words simply means that they are enough for faith, for life, for practice, and for getting us to the Savior in Heaven. Genesis 3:15 occurs after the pronouncement of curse upon the Serpent.
In Genesis 3:15 we read, “And I will put enmity between thee and the woman, and between thy seed and her seed; he shall crush thy head, and thou shalt crush his heel.” This text is called by theologians “the protoevangelium” or “the first mention of the Gospel”. This one verse functions as sufficient for promising all that is needed for the salvation for Adam, Eve, and anyone that trusts in the promise of salvation contained within it. This point of the sufficiency of God’s Words is perhaps no better stated than by Jesus Himself in Matthew 4:4, quoting Deuteronomy 8:3 “Man shall not live by bread alone, but by every word that proceeds out of the mouth of God.”

When the Reformation of the 16th century recaptured the nearly forgotten Gospel, a term was coined to define the sufficiency of the Bible in all matters of faith and practice – sola scriptura. This statement, translated “Scripture alone”, affirms the sufficiency of the Bible to provide what is needed for faith and practice. Adam and Eve had no other human being upon whom they could appeal. Government, the Church, Educational institutions did not exist. They had to rely upon God’s words. So, let us remind ourselves of the first five qualities of God’s words.

3. The writing down of God’s words – that’s inspiration.

One may wonder where do we see reference to the writing down of God’s words in Genesis 1-3? As mentioned already, a seemingly unimportant phrase, starting in Genesis 2:4, occurs ten times throughout the book of Genesis – “these are the generations of”. That phrase is just as easily translated “these are the records of”. In ancient documents of the locale in which the Book of Genesis was composed (called “The Ancient near East”, stretching from Mesopotamia down to Egypt), they would sometimes be divided into segments called “colophons”. A “colophon” functioned as a subject heading to indicate the source of the information it covered. Ancient records were often copied on tablets of clay or stone.

We have already defined revelation as God making known what was previously unknown. As we consider all the other qualities covered in this message about God’s words, we can apply those to the written Scripture. Whenever we take God’s revelation, and put it into writing, we have inspiration.

So why would God have His revelation to be written down?
What advantage does this form of Divine revelation have over the other methods we’ve discussed? Wayne Grudem in the 2nd edition of his Systematic Theology, page 34, notes three benefits of having inspired Scripture.

First, there is a much more accurate preservation of God’s words for subsequent generations – what we could call the “preservation principle”. I’m reminded of what Jesus said of Mary of Bethany that anointed him in preparation for what would be his burial in Matthew 26:12 “Truly I say to you, wherever this gospel is preached in the whole world, what this woman has done will also be spoken of in memory of her.” We can read of her act today, even though it occurred over 2,000 years ago.

Grudem then observes a second reason, “the opportunity for repeated inspection of words that are written down permits careful study and discussion, which leads to better understand and more complete obedience.” We could call this the “faithfulness principle”. I have found this to be always true. If I can “chapter and verse” any truth of the Christian life, it tends to stick with me more than even if I heard it from a secondhand source. As one hymn entitled “Wonderful Words of Life” says in its lyrics “words of life and beauty, teach me faith and duty”.

So, in addition to a preservation principle and faithfulness principle, there is a third benefit for God preserving His revelation in inspired Scripture. Grudem notes once more, “God’s words in writing are accessible to many more people than they are when preserved merely through memory and oral repetition.” We can call this third reason the “passing-down principle”. Imagine what would have happened if God had not inspired His Word beginning with Moses? We would not have the account of Genesis, let alone Exodus through Deuteronomy. Paul illustrates this “passing down principle” in 1 Corinthians 15:1 “Now I make known unto you, brethren, the gospel which I preached to you, which also you have received, and wherein you stand.” Furthermore, the remaining books of the Bible that would follow would not have come about through the remaining Biblical authors. We would have no ability to know who Jesus was. The certainty of salvation would have been an impossibility.

As I close, it is important to realize the fact “that God hath said”. We have observed the following in these last two posts.