The Doctrine Of Scripture Series: How The New Testament Canon's Beginnings Was Motivated By World Evangelization 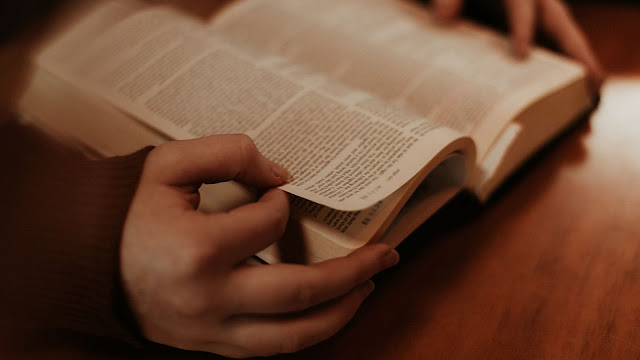 Introduction:
In my last post I introduced reader's to how the New Testament canonical books came to become the collection we know of today as "The New Testament Canon". For those wanting to read the last post, simply click on the following link here http://www.growingchristianresources.com/2022/11/the-doctrine-of-scripture-series-jesus.html. One detail thatcannot be overlooked is how the growth and expansion of the church was due to her carrying out the command of Jesus to tell those around her, and the world, about the goodnews of His death, burial, and resurrection. When we discuss evangelism and missions, three New Testament passages are helpful to know. The first of these is called "The Great Commission", and stems from Matthew 28:18-20, which we could term "The Plan for Missions":
"And Jesus came up and spoke to them, saying, “All authority has been given to Me in heaven and on earth. 19 Go therefore and make disciples of all the nations, baptizing them in the name of the Father and the Son and the Holy Spirit, 20 teaching them to observe all that I commanded you; and lo, I am with you always, even to the end of the age.”
We then have a second text, Acts 1:8, which we could designate as "The Strategy for Missions". This is to say, where one shares the Gospel in their community ("Jerusalem"); their region ("Judea and Samaria"); and then everywhere else ("the ends of the earth").
"but you will receive power when the Holy Spirit has come upon you; and you shall be My witnesses both in Jerusalem, and in all Judea and Samaria, and even to the remotest part of the earth.”
Then the final passage that speaks about the Christian's responsibility in worldwide missions is what I would call "personal responsibility to do missions". 2 Corinthians 5:20-21
"Therefore, we are ambassadors for Christ, as though God were making an appeal through us; we beg you on behalf of Christ, be reconciled to God. 21 He made Him who knew no sin to be sin on our behalf, so that we might become the righteousness of God in Him."
One New Testament scholar, David Alan Black of South Eastern Baptist Theological Seminary, has by his books aided me greatly in seeing canonization aimed at getting the message of the Gospel out to the nations. What follows derives partly from Black's analysis of the relationship between canonization and missions, and partly from observations I've come to conclude over the decades.
The New Testament Canon Followed the Pattern Of World Evangelization
To chronicle how the New Testament was composed and used, we can follow the development of the New Testament canon along the lines of Jesus’ final instructions to the Apostles and church in Acts 1:8.  The mission strategy of the early church was to begin in Jerusalem, then to Judea and Samaria, with the final stage being that of the ends of the then known world. My point in what will follow is to demonstrate that God's revelation and inspiration of the Old and New Testament Scriptures, as well as His Providential guiding of the church in their canonization, was to provide the basis for doing missions.
The Early Church had its beginnings in Jersualem.
As for the “Jerusalem phrase”, we begin with Matthew and James. Matthew is our first Gospel, and arguably among the first books of the New Testament, composed as early as 45-50 A.D. It gives us the life of Christ from a Jewish perspective. He revealed Himself as God in the flesh (Matthew 1:23). He acted in history by way of His earthly ministry, miracles, crucifixion, and resurrection.
Following Matthew’s account, Jesus’ half brother James would write a short letter (45-50 A.D.) to the fledgling Jewish church in Jerusalem. It is in James’ letter or Epistle that we get a snapshot of the early church some 15 years after Jesus’ ascension. Matthew would provide the foundation for the first century church’s understanding of Jesus. James would shape how the church would live out the message of Jesus in its ethical and cultural commitments.

Early Christianity spreads to Judea, Samaria, and to the end of the known world.

As Peter and the Apostles began to spread the message of the risen Christ, God wondrously converted a persecutor of the church named “Saul of Tarsus”. Upon receiving his call to become a missionary to the nations or Gentiles in Acts 9, Saul would conduct three missionary journeys and be imprisoned multiple times. Paul’s mission efforts and two of his imprisonments covers Luke’s companion volume to the Gospel of Luke, otherwise known as “Acts of the Apostles”.
The book of Acts covers the first thirty years of the Christian movement, with Acts 1-12 detailing the ascension of the risen Christ, the ministry of the Apostle Peter, and call of Saul of Tarsus. Acts 13-28 handles three of Saul’s missionary journeys (at which point his name would be changed to “Paul”), providing the background for the thirteen letters he wrote, which appear in our New Testaments, stretching from Romans to Philemon. Galatians and 1 & 2 Thessalonians were among his earliest writings (49-52 A.D.) Romans, 1 & 2 Corinthians were written during his third missionary journey (55-57 A.D.) Then Paul’s letters to the Ephesians, Philippians, Colossians, and Philemon were all composed during his first Roman Imprisonment, which we see at the end of the Book of Acts (60-62 A.D.)

As the early church went from being predominately Jewish and Jerusalem centered to more Gentile and focused on reaching the world, the Holy Spirit saw fit to raise up Apostolic authors and books to spread the message of Jesus. Next to Jesus, the most influential persons in the New Testament were the Apostles Peter and Paul. Peter is credited in church history as preaching a series of sermons on Jesus’ life, which would become written down by John Mark into what we know today as “The Gospel of Mark” (roughly 60-62 A.D.)
As Peter preached these sermons, he is alleged to have used a newly written Gospel by an associate of the Apostle Paul, known as Luke. This book would become known as “The Gospel of Luke” and would serve the Christians well in spreading the Gospel of Jesus Christ to a largely Greco-Roman audience. Mark’s Gospel served to validate both Luke’s Gospel and the message preached by Peter as matching closely with the Gospel of Matthew (again, roughly 60-62 A.D).
All three Gospels, Matthew, Mark, Luke, are known collectively as the “Synoptic Gospels”, since they portray the life of Jesus in a somewhat similar way, focusing our attention mostly on His humanity while giving glimpses of His deity. We have already made mention of the Book of Acts. It was the companion volume to Luke’s Gospel, functioning as a Divinely inspired history of the Church from Jesus’ Ascension to Paul’s first Roman imprisonment, stretching from 33 A.D. to 62 A.D.

As we round out our survey of the composition of the New Testament books, we can note first a collection of eight letters known as the “General” Epistles. The reason for this naming of the group is that the letters are addressed to more generalized groups of believers or churches, rather than to specific persons or specific churches.
The book of Hebrews is most intriguing, in that we do not know the identity of the author (though many think it was Paul, however that remains to be proven with certainty). James, as we already commented, was among the earliest of New Testament books. The letters of Peter and the three letters of John urge faithfulness and defense of the faith in the face of persecution. Then lastly, the little book of Jude urges the reader to contend earnestly for the faith.

The Apostle John was the only Apostle that did not die a martyr’s death. In 85-90 A.D. he composed his Gospel, which functions as a supplement to Matthew, Mark, and Luke. Then, as we already noted, he composed three short letters which function to enumerate the essentials of the Christian faith. It is that final book of the Bible, “Revelation” or “Apocalypse” which crowns the New Testament and finishes both canons (Old and New).

The Gospels lay the foundation, as the Law laid the foundation in the Old Testament. It is by the Gospel accounts we find Jesus portrayed. Acts corresponds to the historical recounting of the early church, just as the historical books deal with Israel’s founding and history with God. It is by studying the Book of Acts we see Christ preached. The letters of Paul and the remaining New Testament letters (General Epistles) parallel the “writings portion” or poetic books of the Old Testament. It is in the Epistles we see Christ explained. Lastly, the Book of Revelation is the most prophetic book in all the New Testament, pointing us to Christ’s second coming, as the 17 prophetic books of the Old Testament pointed to the first coming. The Book of Revelation shows us Christ preeminent.

In our next post, we will pull together our discussions about the canonization of the New Testament, exploring why it is relevant to Christians today.