A Theological And Biblical Meditation On The Meaning Of Christmas 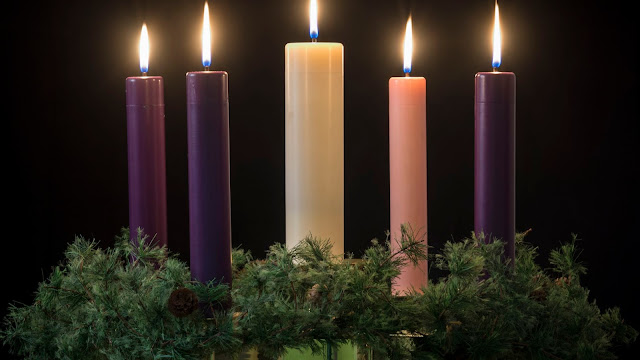 Incarnation explains the means of the Son of God's entry into our world.

When we speak of Christ's incarnation, we refer to how the Son of God, being truly God by nature with the Father and the Holy Spirit as the blessed Trinity, came Himself into our world to assume a truly human nature in the virgin's womb (see Matthew 1:21;23; John 1:14; Colossians 2:9; 1 Timothy 3:16; Hebrews 2:11-14). Christ's incarnation is the means of coming into our world. But then, why become incarnated as a man?

Crucifixion explains the mission for why the Son of God became incarnated.

The mission of the incarnation was for sake of crucifixion. It has been well said that the shadow of the cross ever fell upon the cradle at Bethlehem. The curse of sin brought about by the first Adam needed broken by the second Adam (see Deuteronomy 21:22-23; Romans 5:12-21; Galatians 3:10-13; 1 Corinthians 15:45-47). The curse of sin, pronounced by God in the Garden of Eden, could only be undone by one being truly God by nature (see Genesis 3:1-7; Romans 8:21-25; Colossians 1:16-21). Christ, being God, came to be man to go to the cross to bear the curse as both second Adam and ever truly God. But did His efforts work?

Resurrection was how the Son of God would manifest His glory as truly God and truly man.

This is where we come to the third truth - Christ's resurrection. The means of entry into our world - incarnation; and the mission for which He came - crucifixion; would lead to the manifest glory of His resurrection from the dead. Bethlehem and Calvary were proved effective on the morning of the empty tomb. Christ's physical resurrection from the dead meant He would forever hold the keys of death and hell (Revelation 1:12-21).

With those thoughts in place, the aim now is to Biblically draw as many parallels as possible between the birth narratives of Matthew and Luke to the crucifixion and resurrection accounts of the Lord Jesus Christ. John 18, 19 and 20 will be our main text for the crucifixion and resurrection narratives, with connecting points being drawn from Matthew and Luke. Below I will list some main headings and associated verses to aid you, the reader, in connecting the Christmas event of the cradle at Bethlehem to the Mission of the Savior at the cross.

1. The Shepherds told about the Savior born, who would die for the people as the Good Sherpherd.

Luke 2:11 "for today in the city of David there has been born for you a Savior, who is Christ the Lord."

John 18:14 "Now Caiaphas was he, which gave counsel to the Jews, that it was expedient that one man should die for the people."

What links these two passages together is the fact we see Jesus, our Good Shepherd.

2. He was Born and Died "The King of the Jews" because He is the True King.

Matthew 2:2 “Where is He who has been born King of the Jews? For we saw His star in the east and have come to worship Him.”

John 19:19 "And Pilate wrote a title, and put it on the cross. And the writing was, JESUS OF NAZARETH THE KING OF THE JEWS."

What links these two passages together is the fact we see Jesus our True King.

3. The Roman Empire was included in His birth and death, since Christ is the Ultimate Ruler.

Luke 2:1 "Now in those days a decree went out from Caesar Augustus, that a census be taken of all the inhabited earth."

John 19:23 "Then the soldiers, when they had crucified Jesus, took his garments, and made four parts, to every soldier a part; and also his coat: now the coat was without seam, woven from the top throughout."

What links these two passages together is the fact we see Jesus the Ultimate Ruler.

4. The Prediction of Mary's agony at His death spoken after his birth, hence He came as the obedient Son.

Luke 2:35 "and a sword will pierce even your own soul—to the end that thoughts from many hearts may be revealed.”

John 19:26-27 "When Jesus therefore saw his mother, and the disciple standing by, whom he loved, he saith unto his mother, Woman, behold thy son! 27 Then saith he to the disciple, Behold thy mother! And from that hour that disciple took her unto his own home."

What links these two passages together is the fact we see Jesus the Obedient Son.

5. The presence of myrrh in the accounts of His birth and death meant He would satisfy God's wrath for our sakes.

Luke 2:11 "After coming into the house they saw the Child with Mary His mother; and they fell to the ground and worshiped Him. Then, opening their treasures, they presented to Him gifts of gold, frankincense, and myrrh."

John 19:39 "And there came also Nicodemus, which at the first came to Jesus by night, and brought a mixture of myrrh and aloes, about an hundred pound weight."

What links these two passages together is the fact we see Jesus the Satisfaction of wrath.

6. Angels were present at His birth and resurrection, which heralded He being the victorious Savior.

Luke 2:13-14 "And suddenly there appeared with the angel a multitude of the heavenly host praising God and saying, 14 “Glory to God in the highest, And on earth peace among men with whom He is pleased.”

John 20:12-14 "and she saw two angels in white sitting, one at the head and one at the feet, where the body of Jesus had been lying. 13 And they said to her, “Woman, why are you weeping?” She said to them, “Because they have taken away my Lord, and I do not know where they have laid Him.” 14 When she had said this, she turned around and saw Jesus standing there, and did not know that it was Jesus. "

What links these two passages together is the fact we see Jesus the Victorious Savior.

When one considers the linkage between the manger, the cross, and resurrection, the lines of connection are extraordinary. In the midst of this Christmas Day celebration, let us not ever separate the cradle and the cross. As we have journeyed theologically and Biblically in this post, we noted the following six truths about the Lord Jesus Christ.

Email ThisBlogThis!Share to TwitterShare to FacebookShare to Pinterest
Labels: Are you ready for Christmas?