A proposed order of prophetic events 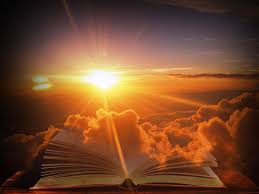 1 Corinthians 15:23-24 But each in his own order: Christ the first fruits, after that those who are Christ's at His coming (24) then comes the end, when He hands over the kingdom to the God and Father, when He has abolished all rule and all authority and power.

The two-fold tension that exists in Bible Prophecy: We need to know and yet there are things we can't know
In today's blog I want to trace out a proposed general order of prophetic events that are described in two major sections of scripture. Thankfully we have seen agreement  or near agreement reached among Bible believing Christians in other areas of Bible doctrine, such as: The Trinity, Christ's Deity and Humanity, Salvation by Grace through Faith alone, the Bible as the Word of God and Christ's physical and bodily return.  Entire Christian bodies and historical church councils have been convened to reach an agreement on those major points, however such an agreement as not been achieved when it comes to the ordering of prophetic events.  Why? Two reasons:

1. In one sense, scripture tells us that there are aspects of prophecy (or eschatology) that we simply will not know in this age, such as the exact moment of Christ's return (Matthew 24:36) and certain times and seasons set by the Father (Acts 1:7).

2. However, it is our responsibility as Christians to communicate the hope that is within us (1 Peter 3:15), to be aware of the major events surrounding Christ's return (1 Thessalonians 4:13) and to comfort one another with the words of prophecy (1 Thessalonians 4:18).

Just because there may be legitimate differences of opinion on the finer points of Bible prophecy, does not mean we should abandon the effort to keep searching the scriptures.  Clearly we as Christians need to communicate to the world that Christ is returning, and that they need to repent and believe so as to escape the coming wrath of God on this world. (Romans 5:9-10; 1 Thessalonians 1:10, 5:9)  In short, we have near-full confidence in being able to lay out a general ordering of events (and I would argue have a duty to do so, as seen in 1 Corinthians 15:23-24 and Revelation 1:19), even though we may not know the smaller details nor possess 100% knowledge on when some things will occur.  Bible scholars refer to this feature of Bible prophecy as "already/not yet".1  This tension is purposefully engineered by God to work forth faith and dependance upon Jesus Christ and the scriptures.2  Studying biblical eschatology (study of last things, prophecy) aims to both illuminate our understanding and push us to walk by faith rather than sight.

Outlining 1 Corinthians 15:23-28 & Revelation
With those observations we now turn to offering two outlines in today's blog.  The first will be from 1 Corinthians 15:23-28, with the second outline being the Book of Revelation.  I would urge the reader to compare both texts and conclude for themselves where they stand on the ordering of prophetic events.  As a second caution, I would also urge the reader and myself to humbly admit that we don't possess 100% understanding of the details of the orderings, and thus allow for legitimate differences of opinion on these matters.

If we were to picture the proposed interpretation of 1 Corinthians 15:20-28 and Revelation, we would have the following...

In the above diagram we did not include specific lengths of time for sake of simplicity.  My hope is that in this blog today you have gained a little bit better understanding of what such an ordering of prophetic events may look like.  Again I urge the reader to study the scriptures for themselves.  In future blogs, I hope to explore this particular area of Doctrine and Bible study further.  Until then, may the Lord richly bless you this day.

1. So for example, "already" Christ began reigning over His church as her King and inaugurated His reign as Supreme King over the universe. "Already" the Kingdom of God is at work in the hearts of Christians and broken into this current age through His first coming, cross and especially His resurrection. However, Christ has "not yet" fully made visible His reign, and will not do so until He returns. The Kingdom of God has "not yet" fully manifested, since Christ must reign (1 Corinthians 15:25) for a 1,000 years following His coming. (Revelation 20).

2.   Consider two passages of scripture that spell out this tension of knowing and yet not knowing - 1 Peter 1:8 and 1 John 3:2-3. 1 Peter 1:8 states - "and though you have not seen Him, you love Him, and though you do not see Him now, but believe in Him, you greatly rejoice with joy inexpressible and full of glory". Now notice 1 John 3:2-3 Beloved, now we are children of God, and it has not appeared as yet what we will be. We know that when He appears, we will be like Him, because we will see Him just as He is. (3) And everyone who has this hope fixed on Him purifies himself, just as He is pure.