The Value of the Old Testament to the Christian 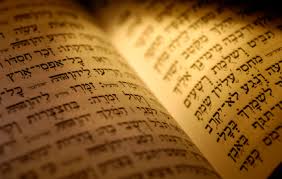 Galatians 3:24 Therefore the Law has become our tutor to lead us to Christ, so that we may be justified by faith.

Luke 24:44 Now He said to them, “These are My words which I spoke to you while I was still with you, that all things which are written about Me in the Law of Moses and the Prophets and the Psalms must be fulfilled.”

Today's blog entry is about a series of reflections on the value of the Old Testament to the Christian.  I hope you will find them helpful in your study of God's word.

The positive and negative functions of God's Law
Whenever you read or study the Old Testament, you often are faced with the question: why did God include this in His word? I chose to begin with the above two verses to remind the reader of the purpose of the Old Testament, and particularly the Law of God (Genesis to Deuteronomy or what is called "The Torah").  God's Law is not meant to impart righteousness, but only demand it.  Furthermore, the ten commandments, which are the heart of the Law, reveal the Holiness of God and point to Him who alone can give Grace.  Negatively, the law reveals me to be a sinner, incapable and unfit to be in God's sight.  The law shows sin to be sin, and I to be a sinner apart from grace. (Romans 7:7; 1 Timothy 1:8-10)  Positively, the law of God points beyond itself to God's promise in the Old Testament and the Person of Jesus Christ, as revealed in the two above scripture passages.  Christ's righteousness functions as a garment placed over me at salvation to make me acceptable in God's sight.  By living in the grace of Jesus Christ, I am (and should aim) to live a life not in contradiction to the law, since the grace of Christ deems me positionally to be a fulfiller of it. (Galatians 5:22-6:2) By the grace of God I can say with the great apostle in Philippians 3:12-14:

"Not that I have already obtained this or am already perfect, but I press on to make it my own, because Christ Jesus has made me his own. 13Brothers, I do not consider that I have made it my own. But one thing I do: forgetting what lies behind and straining forward to what lies ahead, 14I press on toward the goal for the prize of the upward call of God in Christ Jesus."

In short: the dark cloth of Law is necessary to bring appreciation of the Diamond of Grace - Jesus Christ. (Romans 7:7-25)

The New Testament in the Old is concealed, Old Testament in the the New is revealed
It is in this second function of the first five Book of Moses (called the Torah) that we can find many wonderful pictures and illustrations that point us to the life, death, burial and resurrection of Jesus Christ.  The Ten Commandments function as the heart of the law, with the attending ceremonies and seemingly lengthy list of laws functioning as illustrations of those commandments.  When Christ came, He did away with the ceremonies and prescribed civil laws. (Hebrews 5-10)  Being that all scripture is given by Divine inspiration and is profitable (2 Timothy 3:16), the chief way to see all scripture in its fullest application and richness is through Jesus Christ.1

The New Testament in the Old is enfolded, and the Old in the New is unfolded
The Old Testament is as valuable as the New insofar as it is still profitable for the Spirit's work of leading people to a saving knowledge of Christ and for illustrating to the saints to treasures of Christ.  For people who are more visual than auditory learners, some of the Old Testament events, ceremonies and people can picture truths found in the New Testament.  I have put several examples in the endnotes for the interested reader.  Understand that studying such examples are but a sample of the hundred of pictures, types and shadows of Christ's life, death, burial, resurrection and ascension we find sprinkled throughout the Old Testament.2

A final word of advice on studying the Old Testament
I would encourage the reader to purchase a good study Bible with cross references, a Bible Dictionary that defines places and terms and a Bible Encyclopedia that contains articles on subjects related to scripture, doctrine and Biblical history.  As we gain an appreciation for the Old Testament in light of Jesus Christ, the insights gained will enable us to live out the realities of the New Testament.

1. For example we discover in each of the major sections of the Bible:
a. In the Law or Torah (Gen-Deut) Christ is illustrated
b. In the Historical Books (Josh - Esther) Christ is anticipated
c. In the Poetical Books (Job - Song of Solomon) Christ is patterned
d. In the Prophetic Books (Isaiah - Malachi) Christ is predicted
e. In the Gospels (Matthew - John) Christ is portrayed
f. In Acts Christ is preached
g. In the Epistles (Romans - Jude) Christ is Explained
h. In Revelation Christ is Priority

2. Consider the following pictures or "types" of Christ's life, death, burial and resurrection found in the Old Testament:
a. Noah's Ark illustrates Jesus Christ, the ark of salvation, who saves all who believe from the wrath of God. (compare 1 Peter 3:18-20)

b. Abraham's offering up of Isaac on the altar in Genesis 22 is a wonderful word-picture of what would be God the Father's offering of His Son on the cross for our sins. Furthermore, Hebrews 11:19 tells us that when Abraham received back Isaac as a result of having found the "ram caught in the thicket", Isaac was a "type" or pattern of Christ's resurrection from the dead.

c. The Tabernacle revealed to Moses is a picture of Christ's Person, life and work. The arrangement of the seven key furnishings of the Tabernacle system are in the shape of a cross. Furthermore, the journey from the world of sin (outside the Tabernacle courtyard) to the throne of God (depicted in the Ark of the Covenant in the most holy place) must be made through the altar of sacrifice, which pictures the cross. Let the reader compare Hebrews 5-10 for the fullest example of this point.

d. King David prophetically and pictorially illustrates the Lord Jesus Christ. In prophecy David is told that He would have a denscendant who would sit on His throne forever. (2 Samuel 7:13-16) That prophecy was inaugurated when Christ ascended into heaven to begin His reign over His church (Acts 2:35-36) and will be fully manifest when Christ returns to rule and reign 1,000 years. (Revelation 19-20) David's life is a shadowy outline of Christ's life. David was anointed three times as king, more than any other king. Christ is described as being "anointed above His companions". (Hebrews 1:9) David was betrayed by his closest friend as detailed in Psalm 55 & 109. Jesus was betrayed by Judas, to which those same Psalms evidently predicted his need to be replaced. (Acts 1:20 fulfilled Psalm 109:8) Finally, David foresaw in God's protection of his life the promise of God raising Jesus from the dead. (Psalm 16:8-11 fulfilled in Acts 2:25-28)