The Gospel's Only Way 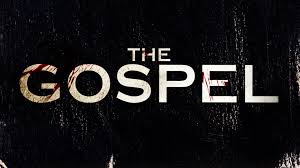 Deuteronomy 30:14, 19 (14)  "But the word is very near you, in your mouth and in your heart, that you may observe it."  (19) I call heaven and earth to witness against you today, that I have set before you life and death, the blessing and the curse. So choose life in order that you may live, you and your descendants,

Romans 10:8-9 "But what does it say? “The word is near you, in your mouth and in your heart”—that is, the word of faith which we are preaching, 9 that if you confess with your mouth Jesus as Lord, and believe in your heart that God raised Him from the dead, you will be saved."

The Same Gospel in both Old and New Testaments
The Gospel has never changed in its contents, whether we are reading in the Old Testament or in the New.  People are saved by grace alone through faith alone in Christ alone of the Bible alone.

Moses is preaching a series of sermons here in Deuteronomy to a new generation of Israelites.  The Apostle Paul, 1400 years later, is writing a letter to a church at Rome that is themed around the power of the Gospel. (Romans 1:16).  Both men, writing under divine inspiration, are giving the proverbial "altar call" to their listeners.  As Moses the prophet has delivered his final message to the people whom he has led across the sandy deserts of the Sinai and beyond, he tells them in Deuteronomy 30:11-14 -

The Apostle Paul in strikingly similar words tells the congregation at Rome these words in Romans 10:4-8 -
"For Christ is the end of the law for righteousness to everyone who believes. 5 For Moses writes that the man who practices the righteousness which is based on law shall live by that righteousness. 6 But the righteousness based on faith speaks as follows: “Do not say in your heart, ‘Who will ascend into heaven?’ (that is, to bring Christ down), 7 or ‘Who will descend into the abyss?’ (that is, to bring Christ up from the dead).” 8 But what does it say? “The word is near you, in your mouth and in your heart”—that is, the word of faith which we are preaching."


The Gospel warns about the false ways of salvation
As you read both Deuteronomy 30 and Romans 10, it is very clearly that both Moses and Paul are making evangelistic appeals to their listeners.  In both texts, both men had to first of all warn their listeners of the typical false ways the people attempt to manufacture salvation.  Two of these ways are discernable in these texts:

The False way of sincerity.  Deuteronomy 30:17-18; Romans 10:1-3
In today's culture, sincerity is the standard many people go by when defining their method of salvation.  The overwhelming majority report on the standard of salvation is: "as long as you are sincere, who am I to judge?"  The problem oftentimes of course is that even though a person may sincerely believe that they are o.k with God, they nonethless can be sincerely wrong.  In Deuteronomy 30, Moses knew that the Israelites to whom he wrote and spoke were getting ready to enter into a land that offered many different brands of false gods and religions.  Idolatry is whenever man replaces the True and Living God with a false god or anything that he believes will meet needs that only God can meet.  Moses' warning is that if the people commit idolatry, they will perish.  They may very well be sincere, and yet be sincerely wrong.

Ironically in Paul's situation in Romans, the very people he was addressing were Jews, who claimed to believe and follow the True and Living God and who were even sincere.  He writes in Romans 10:1-3 "Brethren, my heart’s desire and my prayer to God for them is for their salvation. 2 For I testify about them that they have a zeal for God, but not in accordance with knowledge. 3 For not knowing about God’s righteousness and seeking to establish their own, they did not subject themselves to the righteousness of God. "  The problem had nothing to do with sincereity but the issue at hand was the fact they had a zeal "without knowledge."  Paul's audience knew about God, but did not know Him.  They were sincere, but yet separated from God.  Their idolatry was in replacing God's righteousness with their own.

The False way of ceremony. Deuteronomy 30:12-13; Romans 10:5-7
The second issue that both Moses and Paul had to deal was the fact that some people thought they could obtain salvation by way of ceremony.  Mankind, as one writer put it, has a heart that is a factory of idols - meaning man will do anything he can to give glory to everything but God.  Fallen man will try to re-invent the wheel of salvation by way of moralism to avoid the call of grace.  In Moses' day, the way in which people viewed certain things as inaccessible is by the statements "going beyond the heavens" or "going beyond the sea".  The heavens of course were the domain of God and the sea was the forbidden realm period.  To the Jewish listeners of Moses' day, they may had been tempted to re-invent salvation by trying to recreat situations tantamount to ascending Mount Sinai to retrieve the Ten Commandments or dividing the Red Sea.  Moses plainly tells them that they would be wasting their time, since God has already split the Red sea and came down on the Moutain and even into their midst.  Salvation is not something you achieve- but rather receive.

Even more significantly Paul writes in Romans 10:6-7 "But the righteousness based on faith speaks as follows: “Do not say in your heart, ‘Who will ascend into heaven?’ (that is, to bring Christ down), 7 or ‘Who will descend into the abyss?’ (that is, to bring Christ up from the dead).”  Again mankind by way of man-made ceremony may try to orchestrate ceremonies tantamount to recreating Christ's incarnation (i.e bringing Christ down) or resurrection and ascension (i.e ascending into heaven).  We see people doing that all the time, thinking that by baptism or participation in church religious systems like Roman Catholicism's saints and sacraments or Mormonism's church orders that one can obtain salvation.

Both Moses and Paul plainly say: salvation is not achieved by sincerity nor by ceremony.

The Gospel's Only Way
As we noted earlier, the Gospel is the same whether we are talking Old or New Testament.  Though Moses was the agent through which God delivered the Law, Moses still preached the Gospel.  The law's job is to point the sinner to the Gospel so that they may see their need to be justified by faith. (Galatians 3:24)  As we consider both Moses and Paul, what is the Gospel way to which they speak to both their listeners and us?  Salvation is by Grace Alone, through Faith Alone in Christ Alone of the Bible Alone

Grace Alone.
Deuteronomy 30:14 "But the word is very near you, in your mouth and in your heart, that you may observe it."

Romans 10:8 "But what does it say? “The word is near you, in your mouth and in your heart”—that is, the word of faith which we are preaching"

God's grace is the power to do for us what we otherwise could never do for ourselves.  The grace of salvation is extended by the Holy Spirit's specific call to the sinner in the general invitation of the Gospel.  Whosoever hears God's voice and calls upon the name of the Lord by such grace can be and will be saved. (Romans 10:13)

Faith Alone
Deuteronomy 30:19 "I call heaven and earth to witness against you today, that I have set before you life and death, the blessing and the curse. So choose life in order that you may live, you and your descendants."

Romans 10:9 "that if you confess with your mouth Jesus as Lord, and believe in your heart that God raised Him from the dead, you will be saved; 10 for with the heart a person believes, resulting in righteousness, and with the mouth he confesses, resulting in salvation"

Faith is the Divine gifting of God that convinces the will to choose Jesus Christ on the basis of firm persuasion. (John 1:12-13; James 1:18)  Faith, according to Dr. Adrian Rogers is Forsaking All I Trust Him. To believe the gospel is to receive it.  Faith is the Divine Gifting of the Father that is conceived in our hearts by His combined efforts with the word of God.  Whenever the Spirit is so moving, we freely and knowingly choose Jesus.  As the Baptist Faith & message 2000 states: "Salvation involves the redemption of the whole man, and is offered freely to all who accept Jesus Christ as Lord and Saviour, who by His own blood obtained eternal redemption for the believer. In its broadest sense salvation includes regeneration, justification, sanctification, and glorification. There is no salvation apart from personal faith in Jesus Christ as Lord."

Romans 10:4 "Christ is the end of the law for righteousness to everyone who believes." (9) that if you will confess with your mouth Jesus is Lord, and believe in your heart that God raised Him from the dead, you will be saved."

The "Life" Moses was asking the people to choose was none other than God Himself, since in Deuteronomy 30:20 they are told to "hold fast to Him".  Jesus Christ refers to Himself in John 14:6 as the "Way, the Truth and the Life".  Thus the only way of the Gospel way is none other than Jesus Christ.  The Old Testament version of the Gospel pointed to God in the Promise of salvation.  The New Testament retains those same elements, with the Promise being none other than the Person of Jesus Christ.  In Christ Alone is man able to embrace God by faith alone. Christ alone is the mediator between God and sinners who believe. (1 Timothy 2:5; 1 John 2:1-2)

The Bible Alone
As you can tell, the Gospel way is pretty exclusive.  Grace alone, by faith alone, in Christ alone.  However there is one more "alone", namely the Bible.  Salvation cannot be found in just any Jesus, but only the Jesus of scripture.  Paul writes in Romans 10:11 For the Scripture says, “Whoever believes in Him will not be disappointed.”  Moses states in Deuteronomy 30:20 concerning God's Promise of salvation - for this is your life and the length of your days, that you may live in the land which the Lord swore to your fathers, to Abraham, Isaac, and Jacob, to give them.”  The Promise of salvation is spelled out specifically in the Old Testament, and the Person to which the Promise points appears and is expained only in the New Testament.  A Mormon Jesus will not save you.  A Jehovah Witness Watch Tower Jesus cannot save.  A Jesus who shares representation with Mary of church tradition cannot shield the sinner from God's coming wrath.  Only the scripture, the 66 books of the Bible, clearly, sufficiently, inerrantly and infallibly reveal the right Jesus in whom I must receive by grace through faith alone.

Conclusion
As we have observed in today's post, the Gospel's Only way of salvation is by grace alone through faith alone in Christ alone of the Bible alone.  It is not by the false way of sincerity that men are saved nor is it by the false way of ceremony.  Ceremony and sincerity will get you no where except in a Christless eternity in the lake of fire.  Only in the Christ of the Bible can the sinner's salvation be found, and only by grace through faith can such salvation be received.
Posted by mahlon at 8:16 AM

Email ThisBlogThis!Share to TwitterShare to FacebookShare to Pinterest
Labels: Exclusivity of the Gospel, The Gospel defined