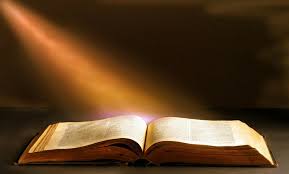 Introduction & Review
For the past six posts we have explored the Chicago Statement on Biblical Inerrancy with the aim to better understand what Biblical inerrancy is and is not. Today's post continues by comparing Biblical inerrancy and infallibility. Such a study is crucial for pastors, Bible teachers and anyone who aims to know the inerrant Lord Jesus Christ through His inerrant Word. Below is the next section of the document that aims to give an exposition or unfolding of how Biblical Inerrancy is relevant to the major themes and sections of scripture. The link for today's post and the entire document of the "Chicago Statement on Biblical Inerrancy" can be found at: http://library.dts.edu/Pages/TL/Special/ICBI_1.pdf  May these series of posts prove informative and edifying to readers.

"Holy Scripture, as the inspired Word of God witnessing authoritatively to Jesus Christ, may properly be called infallible and inerrant. These negative terms have a special value, for they explicitly safeguard crucial positive truths."

"Infallible signifies the quality of neither misleading nor being misled and so safeguards in categorical terms the truth that Holy Scripture is a sure, safe, and reliable rule and guide in all matters. Similarly, inerrant signifies the quality of being free from all falsehood or mistake and so safeguards the truth that Holy Scripture is entirely true and trustworthy in all its assertions."

"We affirm that canonical Scripture should always be interpreted on the basis that it is infallible and inerrant. However, in determining what the God-taught writer is asserting in each passage, we must pay the most careful attention to its claims and character as a
human production. In inspiration, God utilized the culture and conventions of his penman's milieu, a milieu that God controls in His sovereign providence; it is misinterpretation
to imagine otherwise."

"So history must be treated as history, poetry as poetry, hyperbole and metaphor as hyperbole and metaphor, generalization and approximation as what they are, and so forth. Differences between literary conventions in Bible times and in ours must also be observed: since, for instance, non-chronological narration and imprecise citation were conventional and acceptable and violated no expectations in those days, we must not regard these things as faults when we find them in Bible writers."

"When total precision of a particular
kind was not expected nor aimed at, it is no error not to have achieved it. Scripture is inerrant, not in the sense of being absolutely precise by modern standards,
but in the sense of making good its claims and achieving that measure of focused truth at which its authors aimed."

"The truthfulness of Scripture is not negated by the appearance in it of irregularities of grammar or spelling, phenomenal descriptions of nature, reports of false statements (e.g., the lies of Satan), or seeming discrepancies between one passage and another. It is not right to set the so-called "phenomena" of Scripture against the teaching of Scripture about itself. Apparent inconsistencies should not be ignored. Solution of them, where this can be convincingly achieved, will encourage our faith, and where for the present no convincing solution is at hand we shall significantly honor God by trusting His assurance that His Word is true, despite these appearances, and by maintaining our confidence that one day they will be seen to have been illusions."

"Inasmuch as all Scripture is the product of a single divine mind, interpretation must stay within the bounds of the analogy of Scripture and eschew hypotheses that would correct one Biblical passage by another, whether in the name of progressive revelation or of the imperfect enlightenment of the inspired writer's mind."

"Although Holy Scripture is nowhere culture-bound in the sense that its teaching lacks universal validity, it is sometimes culturally conditioned by the customs and conventional views of a particular period, so that the application of its principles today calls for a different sort of action."