P6 Understanding Inerrancy in its relationship to Christ's Authority & the Bible 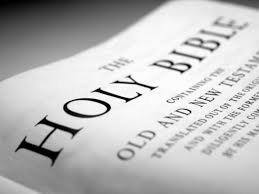 Introduction & Review
For the past five posts we have explored the Chicago Statement on Biblical Inerrancy with the aim to better understand what Biblical inerrancy is and is not. Today's post continues by taking this subject and understanding it in the broader scheme of the Bible's major themes and parts. Such a study is crucial for pastors, Bible teachers and anyone who aims to know the inerrant Lord Jesus Christ through His inerrant Word. Below is the next section of the document that aims to give an exposition or unfolding of how Biblical Inerrancy is relevant to the major themes and sections of scripture. The link for today's post and the entire document of the "Chicago Statement on Biblical Inerrancy" can be found at: http://library.dts.edu/Pages/TL/Special/ICBI_1.pdf  May these series of posts prove informative and edifying to readers.

AUTHORITY CHRIST AND THE BIBLE
"Jesus Christ, the Son of God who is the Word made flesh, our Prophet, Priest, and King, is the ultimate Mediator of God's communication to man, as He is of all God's gifts of grace. The revelation He gave was more than verbal; He revealed the Father by His presence and His deeds as well. Yet His words were crucially important; for He was God, He spoke from the Father, and His words will judge all men at the last day."

"As the prophesied Messiah, Jesus Christ is the central theme of Scripture. The Old Testament looked ahead to Him; the New Testament looks back to His first coming and on to His second. Canonical Scripture is the divinely inspired and therefore normative witness to Christ. No hermeneutic, therefore, of which the historical Christ is not the focal point is acceptable. Holy Scripture must be treated as what it essentially is - the witness of the Father to the incarnate Son."

"It appears that the Old Testament canon had been fixed by the time of Jesus. The New Testament canon is likewise now closed in as much as no new apostolic witness to the historical Christ can now be borne. No new revelation (as distinct from Spirit-given understanding of existing revelation) will be given until Christ comes again. The canon was created in principle by divine inspiration. The Church's part was to discern the canon which God had created, not to devise one
of its own."

"The word canon, signifying a rule or standard, is a pointer to authority, which means the right to rule and control. Authority in Christianity belongs to God in His revelation, which means, on the one hand, Jesus Christ, the living Word, and, on the other hand, Holy Scripture, the written Word. But the authority of Christ and that of Scripture are one. As our Prophet, Christ testified that Scripture cannot be broken. As our Priest and King, He devoted His earthly life to fulfilling the law and the prophets, even dying in obedience to the words of Messianic prophecy. Thus, as He saw Scripture attesting Him and His authority, so by His own submission to Scripture He attested its authority."

"As He bowed to His Father's instruction given in His Bible (our Old Testament), so He requires His disciples to do not, however, in isolation but in conjunction with the apostolic witness to Himself which He undertook to inspire by His gift of the Holy Spirit. So Christians show themselves faithful servants of their Lord by bowing to the divine instruction given in the prophetic and apostolic
writings which together make up our Bible."