The importance of Christ's resurrection in Christian apologetics 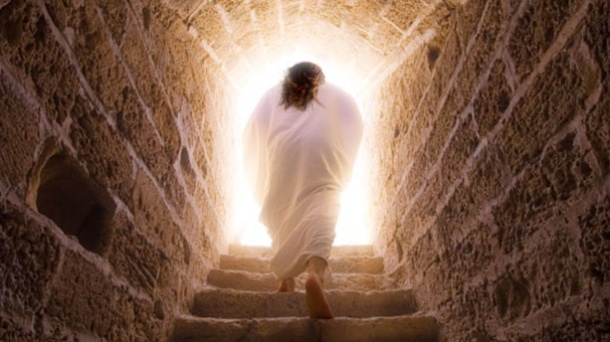 Introduction:
The past several days was dedicated to seeing how we observe eternity in this life. We noted that eternity is declared in creation, discerned in humanity, defined in the Bible and demonstrated in Jesus Christ. No other event or Christian doctrine is more proclaimed, more attacked and more crucial than Christ's resurrection from the dead.  To get our footing on how Jesus' resurrection is communicated and how it is typically defended against critics, I will note four key areas of consideration that must be considered when talking about Jesus' resurrection from the dead:
1. His burial
2. The empty tomb
3. Post resurrection appearances to His followers
4. Changed lives

What top Christian apologists or defenders of the Christian faith say about Jesus' resurrection from the dead
Three of the top Christian Apologists today list the above four areas in their short list of what consistitutes the essence of the Biblical narrative of Christ's resurrection from the dead.  I want the reader to note the last element in each of their listings, since the importance of Jesus' post-resurrected appearances will be discussed toward the end of this post.

First Josh McDowell in his book: "Evidence that Demands a Verdict" lists the following elements of what he calls "the resurrection scene":1

The second Christian apologist, Liberty University Professor Gary Habermas, lists out a very similar short list in the argument he gives for the Resurrection that he calls the "minimal facts argument":2

Dr. Habermas' argument leans heavily on Paul's statements in 1 Corinthians 15:1-10, noting that the material represents early information that takes the reader back to within a year after the crucifixion and resurrection of Jesus.

The third Christian Apologist who argues for the historicity and reliability of the resurrection accounts of Jesus Christ is Dr. William Lane Craig, a world renowned expert and debater who frequently debates critics attacking the Bible.  In his presentations, I have heard Dr. Craig list in a similar fashion the following essential elements to the account of Jesus' resurrection from the dead:

The one area among these elements that merits further focus and explanation
In past posts over the years we have explored the great resurrection chapter of 1 Corinthians 15 and have aimed to unpack and proclaim all that Paul has to say in his masterful explanation and defense of the resurrection.  Certainly the Gospel accounts have also been the focus of past blogs on this subject, wherein we have talked about the crucifixion, burial and empty tomb.

In listening to such fine articulators of the Christian faith above like McDowell, Habermas and Craig, as well as reading wonderful books and articles written by able Bible teachers, it has come to my attention that the way in which Jesus' post-resurrection appearances changed lives is worthy of consideration. Exploring how the post resurrected Jesus radically changed the lives of his disciples in the wake of His resurrection, as well as how He is still changing lives today lends immense credibility to the truth of the resurrection narratives.

1. Desperate condition of the people before His appearances
2. Direct encounter with the Risen Christ appearances themselves
3. Dramatic change that resulted from the appearances

Closing thought
The importance of Jesus' post-resurrection appearances cannot be over-estimated.  Not only is such a truth a vital component in communicating and defending the truth of Jesus' resurrection from the dead, but also is vital in explaining how Jesus is able to change lives today. In closing, this is why we come across such statements as 1 Peter 1:3 "Blessed be the God and Father of our Lord Jesus Christ, who according to His great mercy has caused us to be born again to a living hope through the resurrection of Jesus Christ from the dead." May we think on such truths and live our lives for the living, risen and exalted Jesus Christ!

2. Dr. Habermas' minimal facts presentation can be found at the following link at: https://www.youtube.com/watch?v=ay_Db4RwZ_M
Posted by mahlon at 8:02 AM