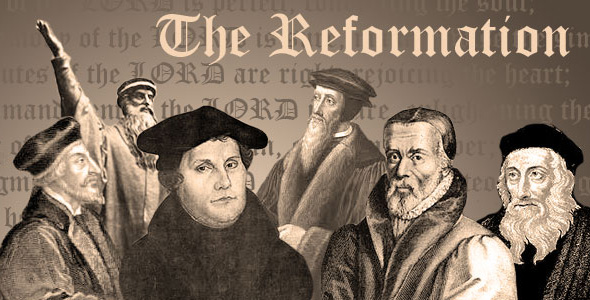 It is time to take back October 31, and use this day to proclaim the truth of scripture and the reformation, sparked on October 31, 1517. Truly the message of the Reformation is a message about "after darkness, light" (post tenebras lux).  Gospel Light, not darkness, should characterize our lives as Christians.
October 31st has been for years a time for paganism to observe one of the so-called "spirit nights" on their yearly calendar.  Rather than promoting a day of darkness and wickedness, witches, ghosts and goblins, Christians need to take a God-centered event like the Reformation and remind themselves of how God led His church back to the Bible, the Gospel of justification by faith alone and recovery of the Biblical concept of the church.
The Reformation was about calling forth people from spiritual darkness into the light of Jesus Christ.  Someone once said: "It is more effective to light a candle than merely curse the darkness".  Let's light the Gospel light and shine the glory of the Gospel.  As Jesus said in Matthew 5:16 -
“Let your light shine before men in such a way that they may see your good works, and glorify your Father who is in heaven."
Posted by mahlon at 11:54 AM