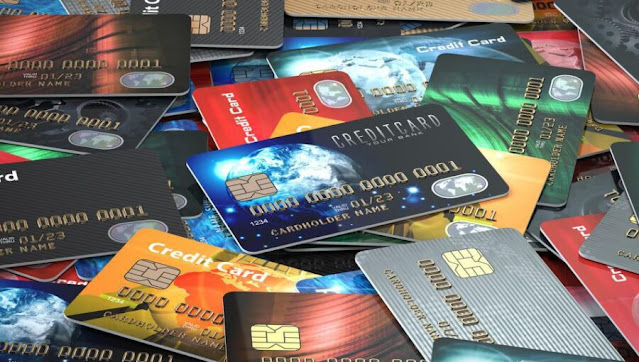 Romans 4:1-3 "What then shall we say that Abraham, our forefather according to the flesh, has found? 2 For if Abraham was justified by works, he has something to boast about, but not before God. 3 For what does the Scripture say? “Abraham believed God, and it was credited to him as righteousness.”

Introduction: How Credit Cards Illustrate The Biblical Truth Of Justification By Faith Alone

Most everyone today has used credit cards to make purchases. The idea of a credit card is simple: one has pre-approved funds provided by the credit card company that includes a monthly interest rate. When you or I go into a store or restaurant, the card can pay for whatever item we choose. The store recognizes the card and accepts the payment made from it. The money is not the cardholder's money, but the credit card company's. Each month a bill is sent with the appropriate interest charges. Whenever one slides their card through a machine (or inserts it into a "chip-reader" slot), the transaction is complete and the words "card approved" will appear, telling the merchant and the customer that everything is in order.

In the Book of Romans, justification has certain legal meanings attached to it - referring to declaring the sinner "not guilty" at saving faith. There is another dimension to this marvelous truth of justification, derived from the world of commercial credit that is called by theologians "imputed righteousness". Imputation has to do with God regarding a sinner, at saving faith, as positionally having the righteousness of Jesus Christ - even though the sinner is not inherently righteous (i.e. the imputation of Christ righteusness at saving faith). For on the cross, God imputed the sinner's sin to Christ as if He were that sinner, even though Jesus Christ was never inherently sinful.  R.C. Sproul spells out the implications of the doctrine of imputed righteousness:

"If I have to trust in my righteousness to get into heaven, I must completely and utterly despair of any possibility of ever being redeemed.  But when we see that the righteousness that is ours by faith is the perfect righteousness of Christ, we see how glorious is the good news of the gospel.  The good news is simply this: I can be reconciled to God.  I can be justified, not on the basis of what I do, but on the basis of what has been accomplished for me by Christ.”

Thus, the idea of the sinner being a "debtor" to a Holy righteous God gives further detail in one's overall understanding of justification. The Baptist Faith & Message 2000 defines justification along the lines of being both a legal and financial transaction of the spiritual sort:

"Justification is God's gracious and full acquittal upon principles of His righteousness of all sinners who repent and believe in Christ. Justification brings the believer unto a relationship of peace and favor with God."

By what source or grounds does God justify believing sinners? Whenever we explore the wider context of Romans, we find the answer: "Christ alone." We read for example in Romans 3:23-24

"for all have sinned and fall short of the glory of God, 24 being justified as a gift by His grace through the redemption which is in Christ Jesus."

It is in Romans 4 that Paul uses the Old Testament patriarch, Abraham, as an illustration of justification by faith alone. Why the Apostle Paul choose Abraham to illustrate this central truth? How was it that Abraham was justified by faith before a Holy God? If we can think of Christ's crucifixion and resurrection as a Divine credit card machine, the heavenly credit card of "justification" had to be slid through Calvary to pay the bill of debt accrued by sinners to Holy God. Upon each sinner's acknowledgement of Christ by faith, the credit of Christ's righteousness is applied.

If we look at the entire Old Testament era up to the cross, when can liken God's justification of people like Abraham as being placed on a huge I.O.U. Every instance of God forgiving believers in the Old Testament had attached a promissory note: "to be paid". Paul's point was that the basis of justification in the Old Testament was not the Law of God - for all the Law could do is demand that I be right with God. Instead, the Old Testament believer was justified by faith alone in the promises of God that looked toward Christ, just as believers today are justified by faith in the Person of Christ. At the cross, the credit card bill came due. Who would pay it? Christ alone.. Romans 3:25 summarizes:

"whom God displayed publicly as a propitiation in His blood through faith. This was to demonstrate His righteousness, because in the forbearance of God He passed over the sins previously committed."

So the Old Testament saints, like Abraham, were justified by faith in Christ just as much as New Testament saints are today. Christ paid the bill for sinners not only in times past but also included future generations of those who by God's grace would respond in trust in Him. Romans 4:25 states -

Romans 8:3-4 restates the power of justification by faith as grounded in Christ's accomplished work for believing sinners:

"For what the Law could not do, weak as it was through the flesh, God did: sending His own Son in the likeness of sinful flesh and as an offering for sin, He condemned sin in the flesh, 4 so that the requirement of the Law might be fulfilled in us, who do not walk according to the flesh but according to the Spirit."

Thus the Heavenly credit card of justification is grounded in and based upon Christ alone. Great 19th century Baptist preacher C.H Spurgeon notes:

“He was cast into the prison of the grave until it had been certified that our liabilities were fully discharged, and ‘If Jesus ne’er had paid the debt He ne’er had been at freedom set.’”

Secondly, the reason why Christ alone is the ground for justification by faith

The righteousness conferred upon the sinner at salvation is not the sinner's righteousness, since they have none. The ability to be right with God neither derives from the Law of God: since all it can do is demand the sinner to be righteousness, and thus not supplying it. The only source for the necessary righteousness or grounds of acceptance before Holy God is Christ alone. Theologian Loraine Boettner explains on pages 300-301 of his "Studies in Theology":

"By that life of spotless perfection, then, Jesus acquired for His people a positive righteousness which is imputed (that is, credited) to them and which secures for them life in heaven. All that Christ has done and suffered is regarded as having been done and suffered by them. In Him they have fulfilled the law of perfect obedience, as also in Him  they have been rescued from hell; and by His active obedience they are given entrance into heaven."

This is certainly exciting truth, isn't it? Jesus Christ is the ground for Heavenly credit - justification. In Christ, the believing sinner is declared or reckoned by God as "approved". This approval by God in justification is equivalent to other statements with which we are familiar today. "Paid in full." "Nothing is owed".

One of my favorite authors, Anselm of Canterbury, wrote a wonderful book in the eleventh century that answers the the question: "Why the the God-man?" (Latin, "Cur Deus Homo"). In that two part work, Anselm expresses the Biblical truth of Christ's substututionary death on the cross for sinners, and why it was necessary. As to the debt of sin every sinner justified by faith owed to God, Anselm works forth a thorough logical and Biblical argument for why Christ alone must be the source of "Heavenly credit" in justification. He writes in Book 2, chapter seven, the heart of his whole argument:

Anselm's remarks reflect what the Apostle Paul wrote in Romans 3:23-26 on the relationship between Christ being truly God and truly man and the believer's justification:

"for all have sinned and fall short of the glory of God, 24 being justified as a gift by His grace through the redemption which is in Christ Jesus; 25 whom God displayed publicly as a propitiation in His blood through faith. This was to demonstrate His righteousness, because in the forbearance of God He passed over the sins previously committed; 26 for the demonstration, I say, of His righteousness at the present time, so that He would be just and the justifier of the one who has faith in Jesus."

In short, Christ alone must be the grounds for Heavenly credit (i.e. the credit of His Perfect life and achievement as man, and the inifinite worth of that credit which He can bestow as God).  Because of Jesus Christ, all who rely upon Him by faith can claim Him as the sole basis for why they can have confidence before God in this life and in the next.