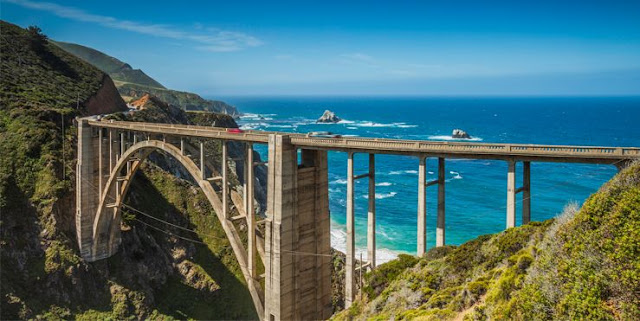 the Son, being truly God, joined to himself true humanity, with all its qualities, minus sin.

We defined what we meant by the term "incarnation", along with providing Scriptural references to show the significance of it. Readers who missed the last post can read it by clicking here: http://www.growingchristianresources.com/2021/11/what-is-meant-by-incarnation-of-son-of.html

In today's post we want to consider why the Son of God came to be man. To see the reason for the incarnation, one must start in the opening chapters of the Book of Genesis. Genesis 1-2 records God's creation of the universe, all of life, and human beings. Genesis 3 records the fall of mankind and God's graceful dealings with our original parents. What precipitated from the Fall in the garden will provide the description of why Christ became man for our sakes.

When God originally created Adam and his wife, they had communion with Him. We read in Genesis 1:26-28 "God created man in His own image, in the image of God He created him; male and female He created them. 28 God blessed them; and God said to them, 'Be fruitful and multiply, and fill the earth, and subdue it; and rule over the fish of the sea and over the birds of the sky and over every living thing that moves on the earth.' Genesis 2:15 further specifies the type of communion mankind had originally with God: "Then the Lord God took the man and put him into the garden of Eden to cultivate it and keep it."

Genesis 3:8 then records what was likely a common occurance between God and our original parents, along with a sad note at it's end: "They heard the sound of the Lord God walking in the garden in the cool of the day, and the man and his wife hid themselves from the presence of the Lord God among the trees of the garden." The latter part of Genesis 3:6 tells us that this original communion was broken.

We read then of Adam's response to God in Genesis 3:10 "He said, 'I heard the sound of You in the garden, and I was afraid because I was naked; so I hid myself.”' With broken communion following from Adam and his wife's rebellion, we see then a second consequence.

God gave commands to Adam. Whenever God gave commands, He was revealing His moral character in vocal form to Adam (what would then become later written form to Moses in the giving of the Law). Genesis 2:16-17 states: "The Lord God commanded the man, saying, 'From any tree of the garden you may eat freely; 17 but from the tree of the knowledge of good and evil you shall not eat, for in the day that you eat from it you will surely die.”'

Sadly, Adam broke those commands, as recorded in Genesis 3:6 "When the woman saw that the tree was good for food, and that it was a delight to the eyes, and that the tree was desirable to make one wise, she took from its fruit and ate; and she gave also to her husband with her, and he ate." Anytime God's commands are broken, what follows is a moral crisis, which reflects the deep spiritual crisis in Adam and all of us who descend from him. This then leads to a third crisis which Christ would come to repair in His incarnation..

As we see God communing with man and issuing commands, theologians come to understand such actions on God's part as the formation of an original covenant with man. A covenant is a "binding agreement" involving two parties. Covenants occur throughout the Bible and include such features as promises, blessings, commands, and consequences for obedience or disobedience. As the following passages will illustrate, this original covenant (called by theologians "the covenant of creation"or "the covenant of works") would become broken by the original Adam - he representing all humanity.

In Genesis 2:19-21 we read: "out of the ground the Lord God formed every beast of the field and every bird of the sky, and brought them to the man to see what he would call them; and whatever the man called a living creature, that was its name. 20 The man gave names to all the cattle, and to the birds of the sky, and to every beast of the field, but for Adam there was not found a helper suitable for him. 21 So the Lord God caused a deep sleep to fall upon the man, and he slept; then He took one of his ribs and closed up the flesh at that place."

Covenants in the Bible were God's way of relating with his creation (see for example Jeremiah 33:20, God's covenant with day and night). God never spoke nor interracted with His creation apart from the context of a covenant. The Hebrew word for covenant ("berith") has as a root meaning the act of "cutting". Such rites as shedding of blood or cutting served to ratify the covenant made between two parties (see Genesis 15 for example). As for the woman taken out of man's side, this solemnized the institution of marriage and signified what God was doing in the original covenant to Adam and his wife.

Sadly, Adam broke the original covenant with God. We know for certain that the events recorded in Genesis 1:26-3:14 record the issuing forth of God's first covenant with man, followed by Adam's breakage of it. We read in Job 31:33 “Have I covered my transgressions like Adam, By hiding my iniquity in my bosom." Hosea 6:7 makes this point even more explicit: "But like Adam they have transgressed the covenant; There they have dealt treacherously against Me."

This tragedy meant that with a broken covenant, God was under obligation to do one thing: carry out the sanctions He had stated in Genesis 2:16-17 "for in the day that you eat from it you will surely die." Yet, Adam and Eve did not physically die in Genesis 3. Why? God had already planned to put forth a second covenant - one that He, in the sending of the Son, would pay for and guarantee.

This second gesture by God in covering Adam and Eve with coats of skin is called by theologians "the covenant of grace". This action of God in Genesis 3:20-21 would foreshadow what God the Father and the Son had agreed upon before the beginning of creation - that history would include the cross.