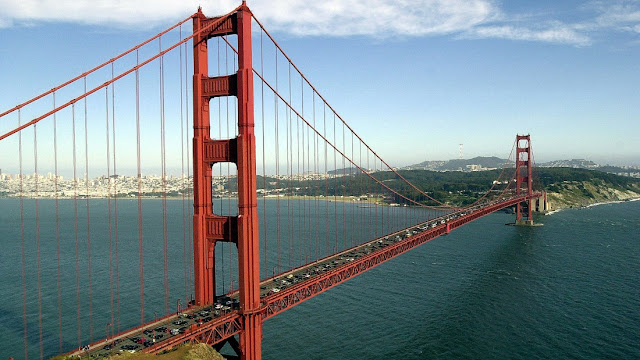 In our last post we considered why the Son of God came to be man: to repair what was broken. In today's post I want to continue from where we had left off in the last post. We had noted three things Christ came to repair in becoming man for our sakes:

2. Christ came to repair the broken Law of God. = A MORAL CRISIS.

In this post I want to conclude our discussion by looking at a fourth important truth which brings clarity to our discussions about Christ's incarnation: Christ would become the New Adam to repair what was broken.

Christ would become the New Adam to repair what was broken.

We observed that as a result of the original rebellion of the first Adam, a three-fold crisis ensued: a relational crisis (loss of communion); a moral crisis (breakage of God's moral law); and a spiritual crisis (breakage of covenant). Furthermore, God would come to offer grace to Adam and Eve by slaying two animals in their place (see Genesis 3:20-21). To put forth such a covenant of grace, the broken original covenant required a guarantee by the One who made it that it might be somehow fulfilled.

A man, "Adam", broke it. A second "Adam-like" person would have to ensure that He could carry it out by living a perfect life. Furthermore, since God, in the Person of the Father, had issued forth the covenant of creation with the representative head of all humanity, "Adam", this same God would have to ensure its completion by a second Adam. God's solution entailed that the eternal Person of the Son would go to earth, become a man, and offer Himself as the sinner's substitute.

The development of "two-Adam" theology in the Old Testament

The genealogy in Luke 3:22-38 records 75 generations of human beings, all kinds of sinners, between two Adams, a sinful first Adam and a sinless second Adam. The Old Testament had "set the table"for this two-Adam portrayal. The original Adam brought about sin and death on all humanity (see Romans 5:12-20). Genesis 1-11 records the history of sin, death, and destruction by the posterity of the original Adam. Even by starting over again with the flood of Noah, the problem of man's sinfulness could not be washed away by water, but rather by blood.

Israel functioned as God's representative of the nations (just as Adam functioned as God's representative of individual human beings). Israel was tested, tried, and found wanting. Adam ended up being a disobedient created "son of God" (see Genesis 3; Luke 3:38). Israel, going forth from Abraham, would be known also as a created son of God that would disobey Him (see Deuteronomy 32;  Hosea 11:1). Both Adam, Israel, and all of humanity would require the Eternal, uncreated Son of God to come and be man on their behalf.

Like Adam sent from the Garden into exile, Israel was sent from the promised land into exile (Assyria, then Babylon). God dealt graciously with Adam in His covenant of grace with him. God also gave Abraham a gracious covenant (along with David much later on), which would become fully expressed in the promised New Covenant in Jeremiah 31:31-34 and other passages. Adam is at one of the end-points of Christ's genealogy in Luke 3:23-38. Abraham leads off Christ's genealogy in Matthew 1:1-17.

The whole Old Testament narrative from Genesis 12 to Malachi 4 details the history of the creation, fall, and promised restoration of Israel. God would issue forth to Israel covenants of a gracious nature through Abraham and David. The Old Testament ends with the necessity of the predicted redeemer, the Messiah, whom God promised could restore Israel in the future.

The New Testament's portrayal of the two Adams

The New Testament's development of this "two-Adam" doctrine served to highlight how Jesus came to be "the New Adam", that is, "the new head"of a redeemed humanity, composed of sinners drawn in grace to receive Christ in saving faith.

Paul records in Romans 5:14 "Nevertheless death reigned from Adam until Moses, even over those who had not sinned in the likeness of the offense of Adam, who is a type of Him who was to come." He also states in 1 Corinthians 15:45-47 "So also it is written, 'The first man, Adam, became a living soul.' The last Adam became a life-giving spirit. 46 However, the spiritual is not first, but the natural; then the spiritual. 47 The first man is from the earth, earthy; the second man is from heaven."'

When Jesus came to present Himself for baptism by John the Baptist, He came as the second Adam to publically identify Himself with those He came to redeem. We read in Matthew 3:15 "But Jesus answering said to him, 'Permit it at this time; for in this way it is fitting for us to fulfill all righteousness.'” Jesus would perfectly obey God as the second Adam, undergoing temptation by Satan in the wilderness (Matthew 4) and being tempted at all points as we are, yet without sin (see Hebrews 4:14-15; 1 Peter 2:21-22).

Christ came to pay the unpaid bill left by the original Adam in the breaking of the covenant of creation. For God to forgive sins (whether of Adam and Eve, or for believers who exercised faith in the promises of God illustrated by the sacrifices in the Tabernacle and Temple, or even follows of Christ this day), there had to be the fulfillment of this first covenant broken by the original Adam. This is one of the reasons Christ came, to live a perfect life as the Second Adam in order to present Himself as the fit subsitute on behalf of sinners.

Christ, the new Adam, perfectly obeyed the much fuller form of the written Law of God. He paid the bills by taking His perfect life and offering it upon the cross as the sinner's substitute, bearing the curse pronounced by God in Genesis 3 (see 2 Corinthians 5:21; Galatians 3:10-13; 1 Peter 3:18). We read in Hebrews 7:22 "So much the more also Jesus has become the guarantee of a better covenant." This is why Jesus expressed the following striking words on the cross in John 19:30 - "it is finished".

In these last two posts, we noted four reasons why the Son of God became man in terms of repairing what was broken by man.

2. Christ came to repair the broken Law of God. = A MORAL CRISIS.

4. Christ would become the New Adam to repair what was broken.